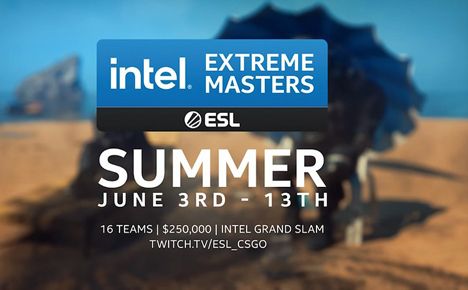 IEM Summer 2021 starts Thursday, boasting a $250,000 prize pool and the world’s top teams. It will take place online in Europe, where many of the best teams moved to boot camp during the Covid-19 pandemic.

IEM Summer 2021 starts Thursday, boasting a $250,000 prize pool and the world’s top teams. The esports tournament will take place online but is based in Europe, where many of the best teams moved to boot camp during the Covid-19 pandemic.

Teams can collect ESL Pro Tour Points to qualify them for ESL’s Masters Championship tournaments, and work towards ESL’s $1 million Intel Grand Slam. Teams will battle it out June 3 through June 15 on ESL’s Twitch Channel.

This is the 84th installment of the Intel Extreme Masters series. Almost all of the world’s best teams will be in attendance, including Gambit, Heroic, G2 and Astralis. As Astralis looks to battle back to the top of the HLTV rankings, Heroic looks to prove itself as the best Danish side. Meanwhile, Gambit looks to cement its spot at No. 1 worldwide. So in this esports tournament, there’s a lot to play for.

Check out the official trailer here. 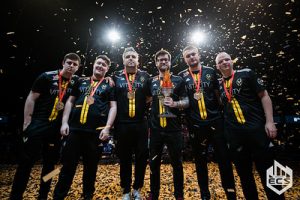 Vitality and Complexity come in ranked 12th and 13th worldwide, respectively, on HLTV. Vitality has some of the biggest names in Counter-Strike: Global Offensive (CSGO), with prodigy ZywOo taking up the Arctic Warfare Police (AWP) alongside legendary French players shox and apEX. Complexity, meanwhile, is an eclectic mix hailing from the U.S., Denmark, Bulgaria and Australia.

Complexity can pop off at times, but Vitality’s tenured core makes it hard to bet against. Vitality’s experience means they make a slightly safer bet.

Extra Salt is a North American/South African mix that’s recently made some impressive showings. The team has quickly accelerated through the rankings to claim a spot as one of the top teams in the NA region.

But as the world’s No. 4 team, G2 is the heavy overdog in this matchup. Their star power—including Nikola ‘NiKo’ Kovač but also Nemanja ‘hunTer-’ Kovač and François ‘AmaNEk’ Delaunay—means Extra Salt will have a hard time claiming an upset over the Europeans.

Heroic is looking incredibly good right now, recently moving up to No. 2 in the world as of May 31. Rival Imperial, on the other hand, is a Brazilian outfit currently ranked 109th globally.

2x Major winner Fernando “fer” Alvarenga brings the star power to this lower-ranked team, and Gustavo ‘SHOOWTiME’ Gonçalves adds some experience. But they’re otherwise an unknown variable, and in this go-round, Heroic is surely too tactically sound to let the game slip through the cracks.

The North American mix known as Evil Geniuses has shown flashes of brilliance in the past, but recently failed to produce results. They most recently bombed out of CS Summit 8 in joint last place after two consecutive losses. They’ve also fallen out of HLTV’s Top 30 teams.

Meanwhile, Spirit is a CIS powerhouse that’s looked electric recently, having 2-0’d NaVi last week. Given Spirit’s recent form compared to Evil Geniuses, Spirit is the favorite to take it in this esports tournament. That said, we know Evil Geniuses have the talent—and IEM Summer is as good an event as any for the team to make a comeback.

Create a new-player account at MonkeyKnifeFight.com, and your first deposit will be matched 100% up to $50. You’ll also get a $5 free game (no deposit required) on sign-up.

If you’re looking for an underdog upset early in this event, keep your eyes on this matchup. Fnatic is a shell of its former self, and disappointed many with its fall to No. 29 globally. This is in stark contrast to Virtus.pro, the young new CIS roster who’ve accelerated up the world rankings to No. 9. You can’t help but think this matchup will be a one-sided affair in favor of the Kazakh, Uzbek, Russian and Latvian squad Virtus.pro (?).

Fnatic does have the talent on its roster—it’s still home to legendary names, including Jesper ‘JW’ Wecksell and Freddy ‘Krimz’ Johansson—but nothing in its recent matches signals the dynamism needed to take down Virtus.pro(?). 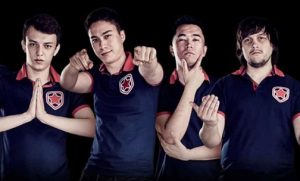 Gambit is currently ranked No. 1 globally, which tells you all you need to know about the favorite in this matchup. The all-German Sprout roster lags far behind at No. 31.

Gambit is not only ranked first, but the team looks on form, too, so it’s hard to make a case against the Russian-majority powerhouse. Gambit beating Sprout would be a major upset, so Gambit is a safe bet for this match.

For up-to-the-minute news on the growing esports industry, read iGamingPlayer.