HomeThe ShuffleIs Authentic the Horse to Beat at Preakness?

Is Authentic the Horse to Beat at Preakness? 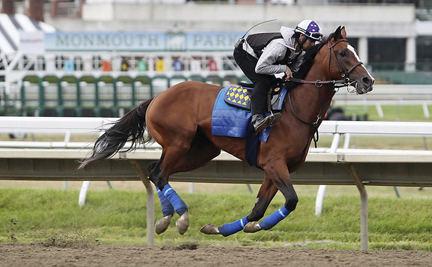 Race fans hoped for a rematch between Kentucky Derby winner Authentic and runner-up Tiz the Law at Preakness 145 on October 3. But Tiz has bowed out. Will that clear the path to victory for Authentic?

With no Triple Crown up for grabs, Belmont Stakes winner and Kentucky Derby runner-up Tiz the Law will pass on the 1 3/16th mile Preakness, coming October 3 to Pimlico Race Course in Baltimore. The event will be held without fans.

“Disappointing that Tiz will not be able to run,” Sackatoga Stable owner Jack Knowlton Tweeted on Tuesday. “Our primary interest is doing what’s right for the horse … In this case, he’s not ready.”

After breezing through the Belmont in June, Tiz was the first odds-on favorite to win the Derby in 31 years.

Hopes were high as he broke from the 17th post position, but Bob Baffert-trained Authentic took an early lead and held on to the wire, outstripping Tiz by 1 ¼ lengths and earning Baffert his sixth Derby win.

In the aftermath, Knowlton vowed that Tiz would meet Authentic for a rematch in Baltimore, in the 145th running of the million-dollar race. He and trainer Barclay Tagg have since concluded that it’s better to rest up the 3-year-old for the $6 million Breeders’ Cup Classic, to be held November 7 at Keeneland in Lexington, Kentucky.

“We really want to go into the Breeders’ Cup with a fresh, happy horse,” Barclay Tagg told the Daily Racing Form this week.

TwinSpires.com now offers a $200 new-player sign-up offer. Create your new wagering account with TwinSpires.com and earn a $200 bonus—doubled from $100!

Authentic is now the horse to beat, under jockey John Velazquez. Let’s look at some contenders, and which horses could make Authentic earn his oats:

Blue Grass Stakes and Ellis Park Derby winner Art Collector, kept out of the Derby by a minor injury, is expected to provide formidable competition for the Derby winner. According to trainer Tom Drury Jr., the horse is fully recovered, fully rested with two months off, and back in training at Churchill Downs under jockey Brian Hernandez Jr.

Thousand Words, another Baffert trainee who scratched before the Derby, will also be in the running, along with Max Player, who finished third in the Belmont Stakes and fifth in the Kentucky Derby.

The lineup is still being finalized, but other horses to watch include Jim Dandy (G2) winner Mystic Guide; Mongolian Wind, who just won three straight, most recently the Gold Cup Stakes (G1) in Canada; and Jim Dandy runner-up Liveyourbeastlife.

Other graded stakes on the Preakness Day card are:

Watch the Preakness on Saturday, October 3, on NBC-TV, at NBCSports.com and via the NBC Sports app. The race is available for viewing on iOS and Android.