Is Michigan Next for Online Gaming? 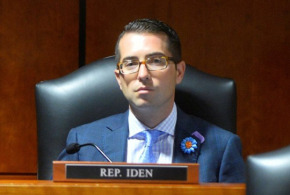 Michigan state Rep. Brandt Iden recently told Online Poker Report that he has high hopes that the state’s online gaming bill will pass through the House by Thanksgiving.

Iden introduced H 4926 in mid-September. None of the commercial casinos located in Detroit, including MGM Grand Detroit, Greektown Casino and MotorCity Casino, nor the 12 tribes that operate casinos in the state, testified at Iben’s House Regulatory Reform Committee on September 13. The three commercial casinos and one tribe submitted written opposition to the bill.

“Throughout the month of October, I’m hoping to gain a lot of headway,” Iden told Online Poker Report. “If I had my way, we’ll be able to get everyone to the table and put a bill together and through the House before the Thanksgiving holiday. We’ll see how achievable it is, but that’s my goal.”

The Michigan House passed an online horse betting bill earlier this year, but the bill remains in the Senate. But, Iden says support exists for its passage.

If the horse racing bill moves forward, Iden says there should be enough support to advance other forms of online gambling. But, he realizes the need for full support from Michigan’s brick-and-mortar casinos.