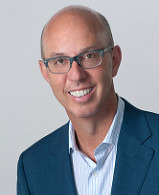 Industry veteran Gavin Isaacs, the former CEO and vice chairman of Scientific Games who recently joined iGaming and sports betting platform supplier SBTech as non-executive chairman, commented in an interview with SBC News that the most significant evolution for the industry in the near future will be expansion in the internet gaming sector.

“The industry landscape today is changing faster than ever, and the future is very much online,” Isaacs said. “You shouldn’t underestimate the big suppliers on the land-based side, as they’re going to play a significant role in shaping how things evolve, but there are some great companies out there such as SBTech that have already made huge progress in all the key regulated markets, and that are going to continue to make huge inroads across new and emerging jurisdictions such as the U.S.”

Speaking of the decision to join SBTech, Isaacs commented, “I had run several large land-based gaming companies and asked myself whether I wanted to do it again. After a great deal of thought, I felt that I needed to look to the future and assess where I could make an impact within an area where I believe the industry is heading, and that is online with sports initially being the main driver.”

Isaacs added that SBTech was one of the sports betting platform suppliers to enter the U.S. market earliest. “The company entered the U.S. very early on, as soon as the PASPA legislation was repealed,” he said. “It has signed several significant strategic partnerships with brands in New Jersey and Mississippi, and it has several others in the pipeline ready to announce.

“The potential is huge, and SBTech is investing significantly in its technology and infrastructure on the ground, to enable it to maximize this long-term opportunity. Being based in Las Vegas and having worked here for several years across many of the industry’s largest suppliers, I will be able to use my knowledge of the U.S. market to support and grow the company’s U.S. expansion.”