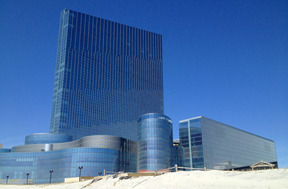 The sale of the former Revel casino in Atlantic City to Colorado developer Bruce Deifik has finally been announced after months of denials that the sale was imminent.

Deifik announced the sale for $200 million from Florida Developer Glenn Straub, who had a stormy tenure as the property’s owner since purchasing it for $82 million out of bankruptcy court in 2015.

Straub has denied the sale was in the works for months despite a clear regulatory paper trail that it was underway. The announced sale is officially to AC Ocean Walk, a group led by Deifik through his company Integrated Properties Inc.

Moody’s Investors Service issued a research note late last year that outlined the group’s plans to spend $175 million to refurbish the property. The note was tied to Deifik’s plan borrow some $255 million to put toward acquisition and renovation costs

Deifik in a press statement said he hopes to re-open the property this summer, which would be about the same time that Hard Rock International plans to re-open the former Trump Taj Mahal casino. The two casinos—along with Resorts—would essentially restore the casino cluster at the north end of the city’s Boardwalk which saw three casino closings since 2014. The closed Showboat casino has already been re-opened as a non-casino hotel.

Revel—which was renamed Ten by Straub—will be renamed again as the Ocean Resort Casino, Deifik said, calling the purchase “a dream come true.”

“We are incredibly excited that we were able to take advantage of the opportunity to acquire this tremendous property at a time when Atlantic City is seeing great economic strides,” Deifik said in a press statement. “Now the city has a number of exciting new projects with our property and the Hard Rock, as well as Stockton University’s new campus and the expansion of the medical center.”

“The former Revel property opened at a time when Atlantic City was still in economic recovery, and operationally it just did not cater to the customer base for this destination,” the statement added.

While not confirmed by any of the press releases or media contacts, GGB News has learned that Mark Juliano, a seasoned Atlantic City casino executive, has been president of the property since the summer, directing its revival and redesign inside. Juliano has previously been leader of the Trump and Caesars properties in Atlantic City, is a former president of Caesars Palace in Las Vegas and an executive with Las Vegas Sands in Singapore at Marina Bay Sands. Most recently, he was president of Sands Bethlehem in Pennsylvania.

Still, many analysts are worried that the opening of two major casinos will upset the city’s casino market, which stabilized in 2017 after seeing five casinos close starting in 2014. The city’s casino market has performed well with seven casinos, but two more could stretch the resort’s player base and reduce profitability across the board.

Others, however, feel the city has been making strides in attracting new customers by broadening its entertainment options and should be able to absorb the new properties. The success of the two new properties could be contingent on what non-casino amenities they bring to the resort and whether they can generate repeat visits.

“It is our mission and vision to fully serve the customer base of Atlantic City. In that regard, we are working to bring back some of the restaurants that were successful at the property and we have worked diligently to create some specialized new venues including a top Asian noodle bar and a high-end players club. Our investment in this property will make certain there is something for everyone at the Ocean,” Deifik said.

The group also plans to offer a sports book facility at the property if New Jersey wins its U.S. Supreme Court case to legalize sports betting. That case is awaiting a ruling by the Court.

“Atlantic City is coming back with a vengeance, and with the groundwork for the legalization of sports betting, we foresee a great opportunity to bring a state-of-the-art sports book to a city, which caters to a large and diverse sports market,” Deifik said.

Deifik said the casino will employ 2,500 to 3,000 people and will increase its room count to 1,399 (several hotels floors remained unopened and unfinished during the previous operations). The gaming floor will offer 100 table games and 2,200 slot machines. The re-opening of about 1,400 hotel rooms and the site’s about 6,500 parking spaces was also touted as a positive for the resort by some analysts.

The Ocean Resort Casino will also maintain 165,000 square feet in meeting and convention space, as well as the 5,700-seat concert hall with space for potential future expansion.

According to the Associated Press, Deifik is president and CEO of Integrated Properties Inc., which owns 103 commercial properties in five states, including the Hyatt Grand Champions Resort in Palm Springs, California, and several office and retail centers in the Denver and Phoenix areas.

Revel cost $2.4 billion to build and opened in 2012, but lasted only two years and went through two bankruptcies. Straub purchased the property out of bankruptcy court for $82 million. While a bargain, Straub has been paying to keep the property heated and up to city’s building codes—including buying the site’s separate power plant for $30 million.

Straub also announced several dates for re-opening at least parts of the property, but found himself battling state regulatory agencies and never met one of the announced opening dates.

The most notable dispute was his contention that he did not need full casino licensing in the state since he planned to lease the casino portion of the property. The state Casino Control Commission ruled otherwise and Straub has been battling the ruling in court.

Straub released a statement through his Polo North Country Club Inc. saying that he bought Revel “to keep and not to sell” after the sale was announced, but blamed New Jersey’s regulatory climate for frustrating his plans to spend hundreds of millions of dollars to help redevelop Atlantic City.

Straub said he retains more than 60 Atlantic City properties, with which he plans to “be a spark for catalyzing positive economic movement in Atlantic City.”

Meanwhile, city officials took the sale as another positive sign that the resort is turning its fortunes around.

“It’s like having Christmas in January,” new Atlantic City Mayor Frank Gilliam said. “This is a sign to the market that Atlantic City is well on her way back the prominence that she once had.”