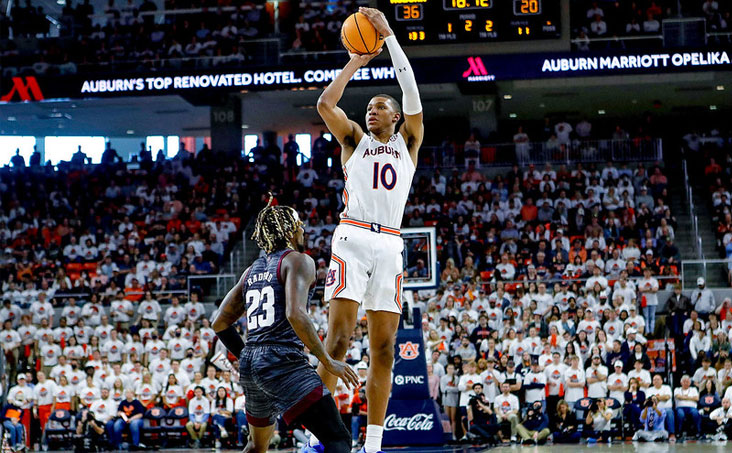 The NBA Draft is Friday and BetQL writer Dan Karpuc takes a look at five top players. Check out their stats and chances for a Top 5 pick.

The NBA Draft begins on Friday and Jabari Smith, Jr. is the overwhelming favorite at -325 to be the No. 1 pick.

The next player is Chet Holmgren at +240 followed by Paolo Banchero at +500.

We take a look below at the top 5 players that should be taken in the first round and the team that might take them. Also click HERE to see a best bet for the NBA Draft. 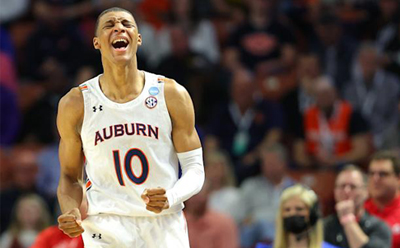 I had Chet Holmgren at the top spot in my first mock, but all chatter has been trending in Jabari Smith’s direction since then. Smith may very well end up as the best offensive player in this class.

At 6’10, Smith shot an impressive 79-for-188 (42.0%) from three-point range in his one-and-done season for the Auburn Tigers and has an NBA-ready game. When his team needed him most, Smith picked up his play towards the end of the season with the lone and unfortunate exception being in Auburn’s NCAA Tournament loss to the Miami Hurricanes in which he went 3-of-16 shooting for 10 points. However, he had 15 rebounds, four assists and three blocks in that game.

Over his last nine college contests, he recorded 20-plus points six times and consistently performed in front of pro scouts.

He should fit in well in the Orlando Magic frontcourt alongside Wendell Carter Jr. and the pick would be logical since Jonathan Isaac has proven to be injury-prone and an offensive liability to this point. Plus, the team has Markelle Fultz, Jalen Suggs and Cole Anthony in the backcourt and Franz Wagner on the wing. Smith will be able to come in and instantly be the go-to guy.

At BetQL customers can get all odds including spread, moneyline, total, first-half spread, second-half spread and more. We also have betting resources such as who the public is betting on and what professional bettors are putting their money on. 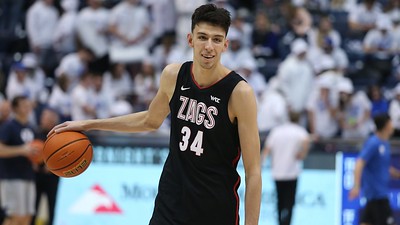 Oklahoma City Thunder General Manager Sam Presti has been compiling first-round draft picks like trophies for years and Chet Holmgren’s selection will signal a new era for the Thunder. For years, we have seen Holmgren’s one-of-a-kind skill set.

Standing at 7’0 with a 7’6 wingspan, he poses a threat on both ends of the court. While he will certainly have to put on some weight to add to his lanky frame, Holmgren is the type of talent that very rarely comes along. He posted the best two-point percentage in the entire NCAA last season (73.7%), the highest effective field goal percentage (.680%) and shot a very impressive 39.0% from three-point range.

While his 14.1 points per game don’t indicate that he was an elite offensive presence, he was a major part of a team-centric, efficient approach for the Gonzaga Bulldogs. Defensively, not only did he block 3.7 shots per game, but he posted an NCAA-best 78.7 individual defensive rating. With dynamic dribbling ability and offensive awareness for his size, his timing and ability to alter and impact shots on the defensive end will immediately allow him to have a transformative impact at the professional level.

There might be “safer” picks, but there’s nobody available with Holmgren’s upside. With Shai Gilgeous-Alexander and Josh Giddey in the backcourt and Holmgren down low, the core of a very fun, high-upside core would be formed. 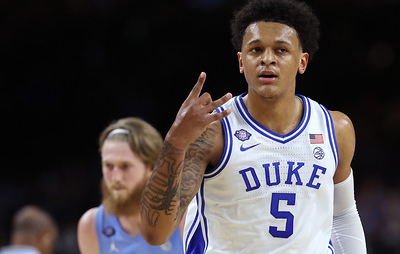 This NBA Draft pick is extremely important for the future of the Houston Rockets franchise, as the pick will join a young group of pros that include Jalen Green, Kevin Porter Jr., Alperen Sengun, Josh Christopher, Jae-Sean Tate, and Usman Garuba.

Houston still needs to figure out what to do with John Wall and Eric Gordon, both of whom have huge cap hits, and Banchero’s selection would also likely make Christian Wood available in the trade market.

After Wood put up 17.9 points and 10.1 rebounds in 30.8 minutes last season, he would likely get Houston a solid return, in a high draft pick and/or a young player. Therefore, calling Banchero’s name makes even more sense.

Banchero was the Duke Blue Devil’s most productive player last season and showed distributing ability as a 6’10 ball-handler at times in addition to being an aggressive scorer. While he shot just 33.8% from three-point range, he showed a willingness to take them (he took 130 on the season) and can presumably benefit from offseason reps in that department. Banchero’s offensive feel and awareness would be a welcomed addition to what could end up emerging as a very fun-to-watch young core. 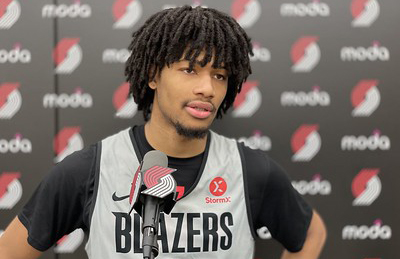 Shaedon Sharpe was the No. 1 prospect in the high school class of 2022 before reclassifying and enrolling at Kentucky Wildcats midway through the school year. He then sat out and watched the season from the bench.

That makes Sharpe eligible for the NBA Draft and ultimately a very intriguing option here since he has sky-high potential, but is completely unproven. He is the mystery of the draft, but that also means he could be the steal of the draft.

Yes, he has a very small sample size of game action to look at. Yes, this is a risk. But, this is the Sacramento Kings. They need to make a bold move at this spot and Sharpe is a perimeter shooter with explosive hops and all game film proves that he’s comfortable getting his own shot and moving fluidly with the ball in his hands. With the three guys before him off the board, I can see Sacramento rolling the dice. 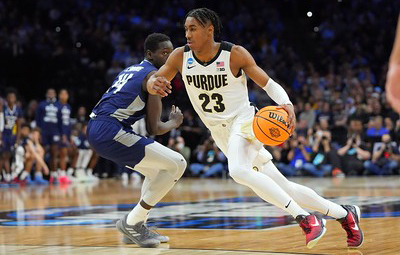 If the Detroit Pistons listen to their fans, they’ll go with Jaden Ivey if he’s available at pick five. Per the Detroit Free Press, 46.3% of Detroit fans voted for Ivey compared to 33.5% for Shaedon Sharpe, 16.9% for Keegan Murray and 3.3% for Bennedict Mathurin/another player. That’s more of a fun fact than anything of course, but it’s not difficult to see why Ivey was the top choice.

The former Purdue Boilermaker star made massive strides in his two seasons and would be a logical choice to join Cade Cunningham, and Saddiq Bey as the team’s key difference-makers this season. I expect Jerami Grant to be one of the names moving this offseason due to his expiring contract after the 2022-2023 campaign, so this team would benefit from Ivey’s explosive athleticism.

I expect Ivey to play either guard position (he reminds me a lot of Donovan Mitchell) at the next level and Detroit would certainly benefit from his motor. The Pistons averaged only 10.5 fastbreak points per game last season (5th-worst), so he would presumably be able to create instant offense in that facet of the game due to his speed and proficiency on the run.

Bet up to $1,500 Risk-Free at Caesars Sportsbook. If your first bet win doesn’t win, you’ll get the amount back as a Free Bet on your next wager.

Rockin’ Out to Har