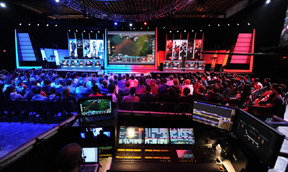 Nippon Professional Baseball and Konami Digital Entertainment will capitalize on the growing interest in eSports by presenting an esports baseball tournament this fall.

All 12 NPB teams will have esports players registered to them, with the pennant race being played out by means of the above titles. The selection process for players has yet to be released, but is expected to be conducted through elimination tournaments.

Information including match schedules and results will be posted on the official website and also through general sports media outlet Sports Bull. These two sources will also host livestreams of the esports player draft as well as all matches, the release said.

“eBASEBALL, which we’re proud to be starting with Konami Digital Entertainment, will offer everyone new ways of enjoying and just in general connecting with baseball as well as other sports,” Saito said. “In addition to appealing to fans of baseball, we hope to generate interest among those new to the sport as well.”

From November 10, the teams will compete in a pennant race that reflects the actual standings of the NPB 2018 regular season. On January 12, the pennant winners will compete in their version of the Japan Series to decide the champion. The total amount of prize money available for the participants is ¥12 million (US$107,651), according to the release.