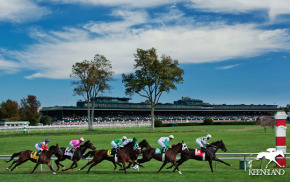 Keeneland Racecourse is doused in nostalgia. The Lexington, Kentucky, facility, which first hosted races in 1936, launched its annual spring mini-meet in April. The racing goes through April 27 and serves as a gathering of purists, an area economic engine and the site of major events like the Bluegrass Stakes, recently won by Good Magic.

During this abbreviated meet, each weekend is a showcase. After unfurling nearly $1 million in purses April 14, Keeneland continues with the $100,000 Hilliard Lyons Doubledog Dare April 20, the $150,000 Bewitch April 27 (both Fridays) and the $250,000 Dixiana Elkhorn on April 21.

The track also listened wisely to the public by reducing its takeout percentage on win bets from 17.5 percent to 16 percent and exactas from 22 percent to 19 percent. The increases that took effect last year were panned on social media by the bettors, before being rescinded.

While the Keeneland meet swings into high gear, Laurel Park in Maryland weighs in with five races of $100,000 or better on April 21. They include the $125,000 Federico Tesio and Weber City Miss events, complemented by the $100,000 Dahlia, Primonetta and Henry S. Clark events. This is an interesting decision by the track. Rather than grab one headlining event in the half-million dollar range, it spreads the bread across a string of races to keep bettors engaged.

Aqueduct jumps in with the $100,000 Woodhaven and New York Stallion races April 21.

Justify took advantage of a slow pace to gain position and outkick Bolt d’Oro. Good Magic weaved through traffic. Vino Rosso and Audible benefited from the duels that hampered early speed horses. Audible, Justify and Vino Rosso all won in less than 1 minute and 50 seconds.

Mendelssohn captured the UAE Derby in Dubai, which is 1 3-16 miles, the closest distance to the 1 1-4 mile Kentucky Derby. That event gained less exposure than other Prep races, but Mendelssohn deserves major Kentucky Derby consideration.

Watch Where They Show Up

Bettors usually feel confident when they see elite jockeys on their selections. Florent Geroux, Luis Saez (who just set a meet record for victories at Gulfstream Park), Jose and Irad Ortiz, Mike Smith, John Velazquez and Tyler Gaffalione, along with some others, fill that list.

Take note of when they appear, especially if they come in just for one race on a card.  A good rider may improve a horse’s chances at least 10 percent, either by timing the finishing burst, having the courage to move between a maze of horses and keeping the animal in striking range. Nothing frustrates the betting public more than horses who break slowly from the gate or a jockey forced to “check” or hold his horse back because of being in bad position.

The NHL Playoff fascination that started April 11 has numerous sub plots. A record 11 teams notched 100 points or more in the regular season.

The Nashville Predators and Winnipeg Jets, who normally don’t progress deep into playoff rounds, looked very strong heading into the playoffs. The Washington Capitals and Philadelphia Flyers, who had to scramble for playoff positioning, were among the hottest teams in the final 10 games. Tampa Bay (60) and Winnipeg (59) had the largest goal differential.

Demand value for NHL Stanley Cup picks because very little separates the top teams. Might as well get a price.