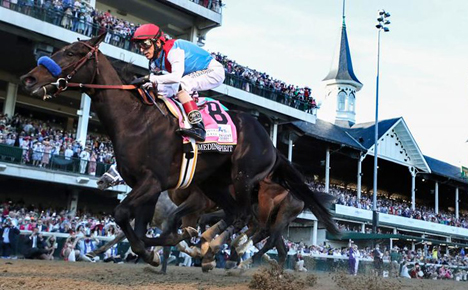 It’s a truism of modern racing: “Never bet against Bob Baffert.” It rang out loud and clear after Saturday’s Kentucky Derby. Let’s evaluate that race and winner Medina Spirit, who’s heading to the Preakness.

In the end, the truth was obvious. You saw the Kentucky Derby, you saw the finish, you smacked your head in a Homer Simpsonesque “DOH!” Because that winner was hiding in plain sight, obvious to anyone who put the pieces together.

You had Medina Spirit. Trainer Bob Baffert’s one and only Kentucky Derby entrant. Sitting at 12/1.

Let’s repeat ourselves here for those in the back row (which is not where Medina Spirit spent one millisecond of Saturday’s 147st Run for the Roses). There was a Bob Baffert horse, sitting at 12/1 in the Kentucky Derby. The greatest big-race trainer in the history of the sport had a double-digit-odds horse. 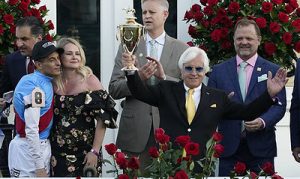 It’s a truism in modern racing: “Never bet against Bob Baffert.” It echoed in all corners of social media Saturday evening. People were smacking their heads like they just missed an obvious Final Jeopardy! question sitting out there. Go back and watch any of Medina Spirit’s races. You’ll begin to understand why the 2021 Kentucky Derby played out the way it did. How will it play into the Triple Crown?

A double-digit odds horse who won Baffert his record seventh Kentucky Derby; again, the clues were there if you paid attention. Like NBC’s Steve Kornacki. The network’s sports department borrowed the popular political analyst to break down the Derby numbers. Kornacki was alone among 11 NBC pundits to pick Medina Spirit, even putting $100 on him.

“As I said on the air, if you’re giving me double-digit odds on Baffert, I’ll take them,” Kornacki happily tweeted.

You’ll run with the best when you sign up to wager at TwinSpires.com, official sportsbook of Churchill Downs. Open your account today, and start earning your $200 bonus!

We all should have been that smart. Especially after Medina Spirit led at every call. His gate-to-wire, half-length victory over Mandaloun was a textbook example of why:

Then again, in this Triple Crown season, you’re entitled to a little slack. It’s not like Medina Spirit was that obvious a choice—the Baffert factor nothwithstanding. In the seemingly endless barn of talent at Santa Anita Park, the horse was no better than a third-string Derby hopeful. Certainly he wasn’t in the same class as the best 3-year-old in North America, Life Is Good. That horse would have beaten every horse in this field if he hadn’t chipped an ankle during a March workout.

Medina Spirit wasn’t considered as fast as Concert Tour, who was scratched from the Derby after a subpar third-place finish in the Arkansas Derby. Nor was he as well-bred as Spielberg, the unpredictable $1 million colt Baffert kept rolling out on the Derby trail, hoping to get traction for his high-powered owners.

Medina Spirit wasn’t as highly regarded as Freedom Fighter or Bezos, a $400,000 purchase who book-ended his lone win in three races with a seventh in his debut and a ninth in the Lexington Stakes (G3).

No, Medina Spirit was your garden-variety $35,000 purchase at the 2020 Ocala Breeders Sale of 2-year-olds in training. The product of Protonico, Medina Spirit didn’t even come from a high-profile sire.

“He worked fast when I got him to Los Alamitos,” Baffert said after the race. “The good ones, they tip you off. … The same thing happened with Authentic.”

After winning his debut last December, Medina Spirit came as close as anyone to beating Life Is Good. He nearly reeled in Baffert’s star colt in the Sham Stakes (G3), losing by only three-quarters of a length.

Medina Spirit finished eight lengths behind Life Is Good in March’s San Felipe Stakes (G2), the prep for the Santa Anita Derby, and a month later, finished second to Rock Your World. In the Derby, Baffert wasn’t sure he had the firepower to beat Rock Your World, Essential Quality, or even Hot Rod Charlie, who Medina Spirit had already held off.

“This is the only Derby I came in here thinking, ‘I just don’t know if we got the goods,’” Baffert said. “He’s solid, he’s good, and he’s tough. But everything’s going to have to go really well to get it done.”

Medina Spirit got it done. He brought the trainer his second Derby in as many years (after Authentic in 2020, Justify in 2018, and American Pharoah in 2015; the latter went on to Triple Crown glory).

Next Stop: The Preakness 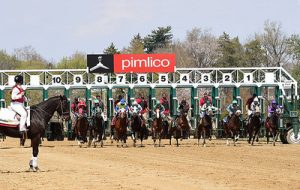 Now, barring anything unforeseen, Medina Spirit will take another trip at the May 15 Preakness Stakes at Pimlico Race Course in Baltimore, with hopes high for a Triple Crown. He won’t see two of his closest pursuers at Pimlico. Both Hot Rod Charlie and Essential Quality are passing on the Preakness. Mandaloun is a maybe.

But stablemate Concert Tour returns to the Triple Crown trail. New shooters include Rombauer and Caddo River (if he enters), a need-the-lead colt who promises to push Medina Spirit all the way around the track, await. The 1 3/16-mile Preakness comes around rather fast for Derby horses, especially gritty little Derby horses turning in the 10th fastest time in Derby history: 2:01.02.

Most sportsbooks favor Medina Spirit to take the second jewel of the Triple Crown. Check the current odds:

Dawn Harris knows her horseflesh! Heading into the Preakness, be sure to read her analysis right here at iGamingPlayer.