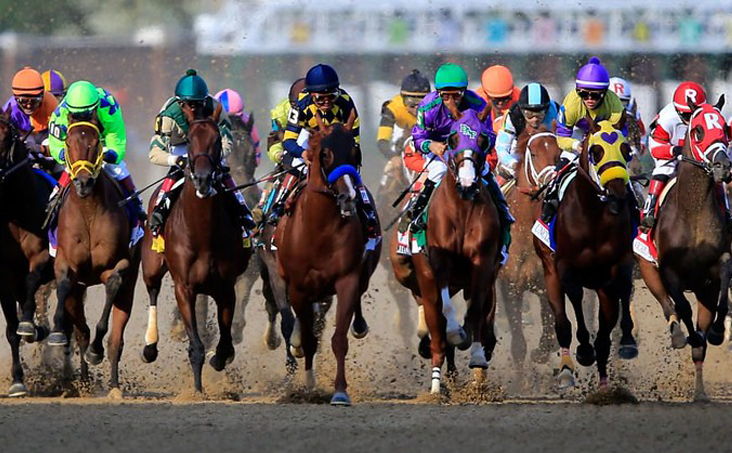 It's a week and change until "the most exciting two minutes in sports," the Kentucky Derby. Help yourself to some history, plus party tips, drink recipes and betting odds.

It’s known as “the most exciting two minutes in sports”: the fabled Kentucky Derby, and this year’s race promises even more excitement than usual.

Thankfully, the Derby is back to its usual schedule, on the first Saturday in May. And the field is packed with contenders, led by this year’s favorite, Essential Quality.

Last year’s Derby was delayed due to Covid-19, and finally held September 5—after the Belmont Stakes. In 2020’s upside-down schedule, the Belmont, which is traditionally the third jewel in the Triple Crown, ran first, in June.

Tiz the Law won at Belmont Park, and charged into Derby Day as the heavy favorite. Unexpectedly, he was edged out in the homestretch by Authentic, a Bob Baffert mount who gave the Hall of Fame trainer his sixth Kentucky Derby win, and jockey John Velazquez his third.

Last year’s Triple Crown calendar was shaken and stirred: the Preakness, which is usually the second leg of the Triple Crown, was finally held in October. Swiss Skydiver was the sixth filly to win the race at Pimlico. 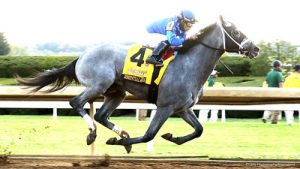 But that was then. It’s time to look ahead to the 2021 Kentucky Derby. Who’s the favorite this year? Which sleeper is a must-back?

The latest 2021 odds list Essential Quality as the 5-2 favorite. He’s currently listed at +300 at William Hill. The colt, bred in Kentucky by way of Tapit and Delightful Quality, has won two stakes races (the Grade 3 Laurel Futurity and the Grade 1 Wood Memorial). He was bred for distance, important on Derby Day. Trained by Brad H. Cox—Outstanding Trainer of the Year for 2020—he’ll run under jockey Luis Saez, who’s coming off a big win with Mystic Guide in the $12 million Dubai World Cup.

In current Kentucky Derby odds, Essential Quality is followed closely by Hot Rod Charlie at 6-1 and Medina Spirit and Rock Your World at 8-1. Check out the complete lineup right here:

Dating back to 1875, the Kentucky Derby is the longest-running sporting event in the U.S.—through two world wars, the Great Depression, and the global pandemic, it’s never been canceled. Here’s some more Derby Day trivia:

Who won the first Kentucky Derby? 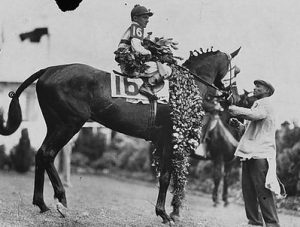 How did the Derby become part of the Triple Crown?

In 1919, thoroughbred Sir Barton became the first horse to win all three races: the Kentucky Derby, the Preakness, and the Belmont Stakes. Other owners began sending their horses on the same circuit, simply because they had larger purses.

Register a new player account at WilliamHill.com. If you lose your first bet, you’ll earn a Free Bet in equal value up to $500!

Why is the Kentucky Derby known as the “Run for the Roses”?

In 1904, the red rose becomes the official flower of the Kentucky Derby. In 1925, New York sports columnist Bill Corum coined the term “Run for the Roses.” But it wasn’t until 1932 that the 58th winner, Burgoo King, was draped in a garland of red roses. That blanket weighs about 40 pounds. The Kentucky Derby trophy itself weighs 3½ lbs.

Which horse ran the fastest race? 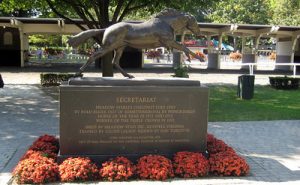 The legendary Secretariat posted the fastest finish, winning in 1:59:40 in the 99th Derby, and went on to win the Triple Crown.

Why is the inside post called the “dreaded rail”?

The far inside post gives horse and jockey little room for error out of the gate. As a result, no horse has won the Derby from the rail since Ferdinand in 1986.

What post position has won the most Kentucky Derbys?

How many fillies have won the Kentucky Derby?

Hartack won aboard Iron Liege in 1957; Venetian Way in 1960; Decidedly in 1962; Northern Dancer in 1964; and Majestic Prince in 1969. Hartack won the Preakness three times and the Belmont Stakes once. Alas, though he retired with 4,272 wins, he never won the Triple Crown.

Bill Shoemaker is third, winning on Swaps in 1955; Tomy Lee in 1959; Lucky Debonair in 1965; and Ferdinand in 1986. Remarkably, Shoemaker’s run the race more than anyone in history, 26 times. Behind him is Isaac Murphy, one of many African American jockeys who rode in early Derbys. Murphy won three times, with Buchanan in 1884; Riley in 1890; and Kingman in 1891.

TwinSpires.com is now offering a $200 new-player sign-up offer. Create your new wagering account with TwinSpires.com and earn a $200 bonus!

Here’s to the Horses!

Compliments of Town and Country, here are three classic drink recipes (with a twist!) to liven up your Kentucky Derby party.

Instructions: Combine all ingredients except soda water in a shaker tin with ice and shake. Strain into a Collins glass with ice and a mint sprig.

What: The 147th Kentucky Derby
When: Saturday, May 1 at 7:01 p.m. E.T.
Where: Churchill Downs, Lexington, Kentucky
Watch: NBC-TV and NBCSports.com