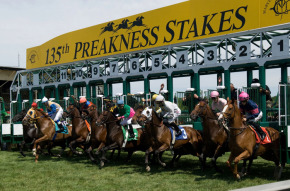 For horse racing fans, May Day II unfurls in just over a week with the Preakness Stakes. The second leg of thoroughbred racing’s triple crown on May 20 attracts a strong, but reduced field compared to the Kentucky Derby. There are fewer handicapping variables in exchange for a smaller payout. The Preakness usually draws the Kentucky Derby winner, many of its contenders and some fresh horses that skipped the Derby.

Senior Investment, Multiplier, Cloud Computing, Malagacy and Conquest Mo Money have been announced for the Preakness, along with Kentucky Derby-winning Always Dreaming. More big names are still considering the race.

Kentucky Derby winners often thrive in the Preakness amid smaller fields (14 horses, not 20) that present fewer traffic problems. The Preakness features tight turns and a short homestretch. At 1 3/16 miles, it is shorter than the 1 1/4 mile Derby. Recent Derby winners have repeated here, including I’ll Have Another in 2012, California Chrome in 2014 and Triple-Crown winning American Pharaoh in 2015.

That did not happen last year. Exaggerator, a strong second in the Derby, rebounded to win this race.

So, how are YOU spending the Kentucky Derby and Kentucky Oaks superfecta money you won? The Oaks, one day before the Derby, returned more than $85,000 for a $1 ticket naming the top four finishers. The Derby paid more than $75,000.

Both races revealed how track conditions and racing luck affects results. The track was sloppy for both events and, in the Derby, it favored early speed, which Always Dreaming embraced by gaining good early position. Classic Empire suffered a hard bump at the race start and although he roared into contention at the final turn, could not sustain his bid. He finished fourth. Battle of Midway parlayed an early speed position into third place, at 40-1, and Lookin At Lee was the 33-1 second-place finisher.

The big numbers were even more impressive with the Kentucky Oaks. All the favorites faded because of a speed duel, leaving the long shots to inherit the glory.  Abel Tasman rallied from last to first, combining with Daddy’s Lil Darling, Lockdown and Vexatious to form a $1 superfecta worth more than $85,000. The winning numbers were 13-12-2 and 6. Maybe this was an “easy” superfecta in hindsight.  All you needed was to turn 26 on Dec. 13 and play your birthday!

And they say it’s a tough game.

Twenty percent of the baseball season is enough to declare some trends.

Studs: Baltimore Orioles. We told you earlier we couldn’t understand their low projected 80.5 win total. They were one of baseball’s first teams to 20 wins. More studs: Cincinnati Reds, Houston Astros.

Holding steady: Boston Red Sox and Cleveland Indians, both off their projected 93-win total, but nothing is wrong with either team. Red Sox bats are waking up. The Chicago White Sox have an upcoming abundance of home games, so take note.