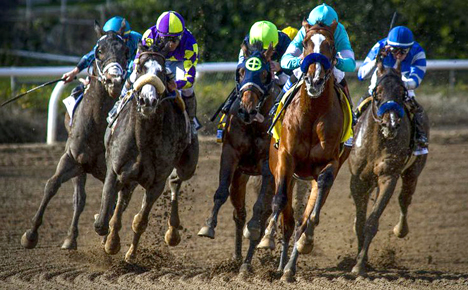 There are no coincidences when it comes to the Hall of Fame trainer and the late winter/early spring Derby prep season. Baffert already owns six Derby victories (including three of the last six).

This weekend promises to further sift the volatile Derby prep picture. They essentially translate into a Churchill Downs starting gate spot for each winner this weekend. 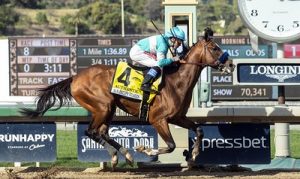 The San Felipe takes center stage among the three preps on March 6. Aside from being a prep for the April 3 Santa Anita Derby (G1), the San Felipe is considered one of the top Grade 2 Derby preps in the country. Its list of winners includes Affirmed, Sunday Silence, Alysheba, Silver Charm, Real Quiet, California Chrome and Authentic (l.). That’s one Triple Crown (Affirmed), 14 Triple Crown race victories, 18 Eclipse Awards and more than $46 million in career earnings.

All told, 11 San Felipe horses have won the Derby, most recently Authentic in 2020. Four horses this century came out of the San Felipe to win the Derby: Fusaichi Pegasus (2000), Giacomo (2005), California Chrome (2014) and Authentic.

The message is clear: the San Felipe plays for keeps when it comes to Derby preps.

So if you’re talking about serious Kentucky Derby preps, it’s always a good idea to start with Baffert. He’s won seven San Felipes, so let’s begin with two of his A-list prospects: Life Is Good and Medina Spirit. These two went 1-2 in January’s Sham Stakes (G3) at Santa Anita. Medina Spirit channeled that narrow loss into a gutsy, neck victory in the Robert B. Lewis Stakes (G3) at Santa Anita last month.

All eyes, however, will be on Life Is Good, who spent the winter as one of the Derby futures favorites. He’s currently is 7-1 at Circa Sports in Las Vegas and down to a rock-bottom 9-2 at William Hill Nevada. The undefeated Into Mischief product owns the fastest Beyer Speed Figure of any 3-year-old: the 101 he earned in the Sham.

During a Sunday workout, Life Is Good covered six furlongs in 1:12.20, which pleased Baffert.

Medina Spirit, meanwhile, covered that same distance in a bullet 1:11.20 Saturday. That was the fastest time of 11 running that distance that day. He’s currently 45-1 at Circa, 16-1 at William Hill.

Get a $200 New Player Cash Bonus when you sign up to wager at TwinSpires.com!

A deep field of contenders will take on Baffert’s duo. It includes Doug O’Neill’s The Great One, who proved the saying, “Good things come to those who wait.” His connections waited five races for the product of 2016 Derby winner Nyquist to break his maiden. When he did, The Great One did so by 14 lengths.

Roman Centurian, who lost in a photo finish to Medina Spirit in that Lewis, also is waiting for him in this Kentucky Derby prep. The other intriguing candidate is Dream Shake, who won a maiden special weight at Santa Anita February 7. Because that race featured the debut of Baffert’s Bezos (who finished a well-beaten seventh), this victory knocked Dream Shake’s Derby futures odds down to 20-1 at both Nevada books before he ran a stakes race. 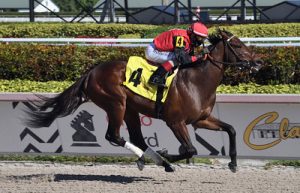 Meanwhile, on the other side of the country, Candy Man Rocket attempts to validate his Sam F. Davis Stakes (G3) victory as the likely Tampa Bay Derby favorite. The field isn’t nearly as deep in this 1 1/16-mile prep as the San Felipe, but it does contain its quota of interesting contenders.

It starts with Candy Man Rocket (70-1 at Circa, 35-1 at William Hill), who blasted off into the Derby picture with his February 6 capture of the Sam F. Davis. The Bill Mott-conditioned son of Candy Ride attempts to become the first horse since Destin in 2016 to pull off the Davis-Tampa Bay Derby double. CMR breezed four furlongs in 48.6 seconds, the fastest of 36 horses working that distance Sunday.

“He went well and I’m very pleased with him,” Mott said. “He looked as smooth as silk. He’s a good work horse anyway, but I liked the way he did it.”

Bet $50, Get $50 on your first sports bet at BetAmerica.com! Just create a new account, make your first deposit, and collect! 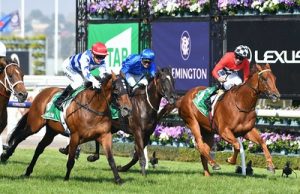 Moving up the Eastern Seaboard to Aqueduct and the Gotham finds another Baffert charge: Freedom Fighter, who ships east after finishing a strong second to stablemate Concert Tour in the San Vicente Stakes (G2). Highly Motivated, who hasn’t run since setting the Keeneland track record in a maiden race on the Breeders’ Cup undercard, is waiting for him in the one-mile race.

Another Into Mischief son, Highly Motivated, is 35-1 at Circa and 20-1 at William Hill. So even coming off a four-month layoff, his stock remains high.

And waiting for the both of them are Capo Kane, who won the Jerome Stakes (LS) on New Year’s Day, then finished a nondescript third in the Withers (G3) last month. O’Neill’s Wipe The Slate, another Nyquist offspring, faces a turning-point race on his Derby trail path. He endured a miserable trip in the Lewis, bumping a rival coming out of the gate, then tiring and finishing a non-threatening sixth in his first two-turn route.

The Gotham claims its own New York-sized slice of history—albeit in the ebbing past. Secretariat won the Gotham/Derby double in 1973, the only Gotham winner to find the Churchill Downs winner’s circle. And Easy Goer set the stakes record in 1989 (1:32.40) en route to his 13-length win and runner-up finish in the Derby. Since 1980, 44 Gotham runners have earned Derby spots, but none prevailed.

Follow the Kentucky Derby prep races and results at iGamingPlayer with highlights leading up to Derby Day. Everyone’s a fan on the first Saturday in May.