HomeThe ShuffleKentucky Derby: ‘Tis the Season for Tiz the Law

Kentucky Derby: ‘Tis the Season for Tiz the Law 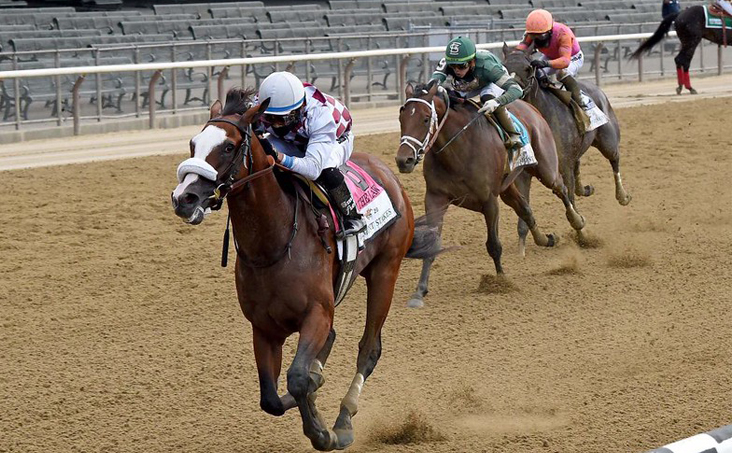 This year’s delayed Kentucky Derby may have a clear winner in Tiz the Law, who won the Belmont in June and other important races. But that doesn’t mean there aren’t some challengers in this pack.

Don’t look now, but the Kentucky Derby is just around the bend, and Tiz the Law is out in front.

The rescheduled Run for the Roses occurs September 5 at Churchill Downs in Kentucky, after the Covid pandemic postponed the May 2 event.

Who would have figured an event that takes place the first Saturday each May would be conducted on Labor Day weekend? The good news for bettors and race fans is that the Derby was rescheduled at all.

Before betting action gets feverish next week, let’s look at some of the horses gaining attention.

Tiz the Law is favored to win the Derby, and deservedly so. He’s the most consistent, talented horse in the country. In quick succession, Tiz won the Florida Derby (March 28), the Belmont Stakes (June 20) and the Travers Stakes (August 8). That’s Horse-of-the-Year credentials right there. Interestingly, he’s never been threatened in any of the big races.

His most impressive victory was at the Travers, in which he won going away and equaled the distance of 1¼ miles that he’ll run in the Kentucky Derby. Usually, no horses have run that length prior to the Derby. But again, we’re talking about a September race.

Before the Travers, Tiz won the Belmont, which was only one turn this year. Tiz stalked the early pace, took over around the far turn, and won solidly. The Belmont, ironically, was the shortest of the Triple Crown races at 1 1/8 miles—it’s usually the longest at 1 ½.

Get all the action every day at TwinSpires.com, a subsidiary of Churchill Downs Inc., offering the latest online technology with the best racing. Create your new wagering account and earn a $100 sign-up bonus.

So far, it looks like every contender but Tiz the Law is vying for second place. Place your bets, and let’s see how it all plays out next weekend.

It’s time to double down at BetAmerica.com! Create your wagering account, and Bet $50 to Get $50 (a 100% match on your first sports bet). Get your welcome bonus today.