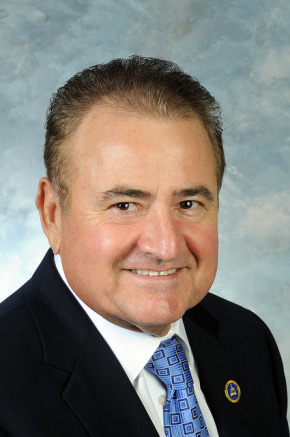 In 1988, Kentucky voters approved a constitutional amendment to create the state lottery to fund educational scholarships. “It now brings almost $1 billion in gross sales a year, with $250 million of that going to state government and education. Gaming is already here,” Keene said.

He also pointed out horse racing, “Kentucky’s signature industry,” has wagers of $1.1 billion a year in gross sales, with a portion going to the state. In addition, according to a June 2017 report, historical racing machines have brought in $2.66 billion since they were approved in 2011. However, Keene said, only $12.6 million of that total has gone to the General Fund. ” That is less than one-half of one cent of every dollar going into these machines. During the upcoming session, we must look at this tax structure as a means of raising revenue to put towards the pension debt.”

Keene said legislators approved pension reform in 2013 but the huge debt remains. “Expanded gaming would give us a dedicated revenue stream to put towards this debt while the overall pension system is allowed to become stronger during the next several years,” he said, adding, “Cuts to the state budget along with benefit reductions to retirees would surely have a negative impact on our economy. Allowing the voters to have their say about expanded gaming, providing much-needed revenue to the state budget and pension debt is the prudent thing to do at this time.”