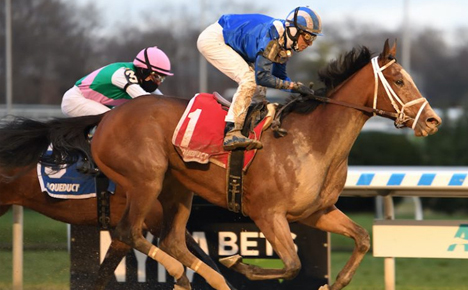 Kentucky Oaks & More
Let’s start with the 147th running of the Kentucky Oaks, the marquee 3-year-old race for fillies. The Oaks’ undercard is nothing to ignore either. Not with five additional graded stakes races. One is the Grade 1 La Troienne for older fillies and mares, a race anchor on any other day.

Saturday’s Derby undercard is just as loaded. Yes, there’s the Derby, but there are also six other graded stakes races. Three of those are Grade 1s: the Turf Classic, featuring some of the top male grass runners in the country, and two seven-furlong sprints. The first is the Derby City Distaff, starring Champion Female Sprinter of 2020, Gamine. The second is the Churchill Downs.

The reason you should pull yourself away from parsing mid-level Derby hopeful speed figures is because all those races are on one of Churchill Downs’ most popular bets: the Oaks/Derby Pick 6. This requires you to nail all six Grade 1 races over the two days. That means picking the winners of Friday’s La Troienne and Oaks and Saturday’s Derby City Distaff, Churchill Downs, Turf Classic and the Derby.

Saddle up for the Kentucky Derby Money Back Offer at TwinSpires.com. Get your money back if your horse finishes second or third at Churchill Downs. All week. All races.

Yes, there’s plenty to think about here. So let’s start with the 1 1/8-mile Oaks and its 14-filly field. Even more than the Derby, this field has the most diverse running styles of any G1 on the card. More importantly, there are horses who carry legitimate chances to win. 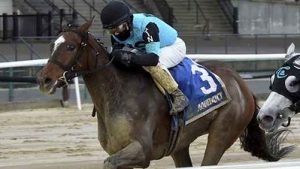 This differs from the Derby in the points era. Now you have a plethora of closers and deep closers who likely can’t win, a pacesetter or three who usually doesn’t, and a handful of pressers and stalkers who usually do win.

This Oaks edition offers two pressers who can win: Search Results (3-1) and Pass the Champagne (15-1) and two others: Millefeuille (20-1) and Will’s Secret (30-1) who could spring upsets. It features two deep closers in Clairiere (5-1) and Crazy Beautiful (15-1), who nobody’s counting out. And it features two stalkers who are your likely winners: favorite Malathaat (5-2) and Travel Column (3-1).

Unbeaten Malathaat rides into Churchill Downs on a four-race winning streak, one recently burnished with a victory in the Ashland Oaks, one of this race’s top preps. That came after trainer Todd Pletcher gave the daughter of Curlin a four-month layoff coming out of her Demoiselle (G2) victory. Malathaat doesn’t often boat-race fields; her Ashland Oaks win came by a neck over Pass the Champagne, she took the Demoiselle by three-quarters of a length over Millefeuille, and her debut win came by 1 ¾ lengths.

But she’s remarkably consistent, going when and where she’s supposed to under John Velazquez.

Watch, learn, and wager! Bone up on the basics of horse race betting, courtesy of Churchill Downs, home of the Kentucky Oaks and Kentucky Derby. Get started right here. 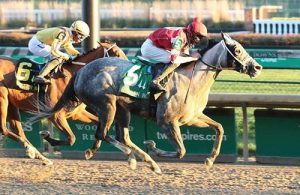 Travel Column hasn’t missed the board yet (3-1-1). But she’s usually seen in a game of equine word association with Clairiere. The two meet in the Oaks for the fourth time, establishing one of horse racing’s budding rivalries. The Brad Cox-trained daughter of Frosted owns a 2-1 lead over Clairiere, last seen taking the rubber match between the two via a nearly three-length victory in the Fair Grounds Oaks last month.

Travel Column opened the rivalry beating Clairiere in the Golden Rod (G2) on this Churchill Downs track last November. Clairiere evened the score at the Fair Grounds in February, closing impressively to overtake her rival and take the Rachel Alexandra (G2).

Should Travel Column map out another victory path, Cox and jockey Florent Geroux will have their third Oaks in four years. They scored an impressive upset here last year with 17-1 Shedaresthedevil and took the 2018 Oaks aboard the incomparable Monomoy Girl.

And should Clairiere even the books on her rival—while dispatching everyone else—she’ll give trainer Steve Asmussen his third Oaks title. Clairiere hasn’t missed the exacta in four races, losing only to Travel Column.

Searching for the Stars 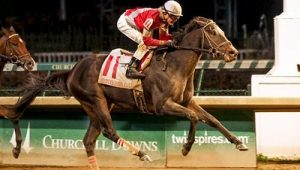 Search Results draws interest because she’s undefeated in three races and she’s undefeated with two Equibase Speed Figures in the stratosphere: a 103 in the Gazelle Stakes (G3) earlier this month and a 101 in the Busher Stakes (L) in March.

Before you plunge forth, factor in that Gazelle field was hardly full of their namesakes. The only other Oaks horse coming out of that race was Maracuja (20-1 in the Oaks)—and 2-5 Search Results beat her by only 2 ¾ lengths. This is a leap in class for a filly who hasn’t seen much of it in her three races.

The other Oaks horse to watch, especially if pace rabbit longshots Ava’s Grace and Spritz decide to take matters into their overmatched hooves and take the field on a suicide speed joyride, is Crazy Beautiful. She’s one of only three horses to beat Travel Column, finishing ahead of her in the Alcibiades Stakes (G1) last November.

“She’s coming into this thing like a beast,” McPeek said. “I’ve been watching some of the others out there, and I feel pretty confident that we’ll get a piece of it.”

Speaking of Shedaresthedevil, she dares to highlight the La Troienne against two other Grade 1 winners: Dunbar Road and Paris Lights. And she dares to go for her seventh career victory coming off a strong score in the Azeri (G2) at Oaklawn Park.

Even putting aside the Derby, two of Saturday’s three other Grade 1s are must-sees. The first brings back one of the top sprinters of either gender in the world: Gamine. The Bob Baffert-conditioned 4-year-old opened 2021 winning her six-furlong Las Flores Stakes (G3) tuneup by five lengths earlier this month.

The Eclipse Award winner as Champion Female Sprinter, Gamine is 6-for-7. She won her two seven-furlong races by a combined 13 ¼ lengths and won last year’s Breeders’ Cup Filly & Mare Sprint in record time. She’s a generational talent who commands attention every time she enters a gate. 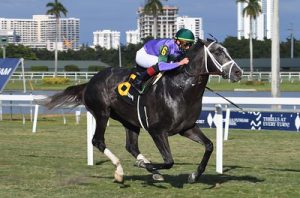 The second must-see is the Turf Classic, which sends five of the top older male grass runners 1 1/8 miles. Heading the list is Colonel Liam. He won his last three, including the prestigious Pegasus World Cup Turf in January, and five of seven. Then, there’s Smooth Like Strait, who hasn’t finished worse than second in his last four races.

Masteroffoxhounds owns two wins and a third in his last three, while Ride a Comet placed a game second in the Maker’s Mark Mile (G1) at Keeneland earlier this month. Then, there’s Ivar, a Brazilian horse who waxed the field in last October’s Shadwell Turf Mile (G1).

That race is indicative of the equine talent at Churchill Downs this weekend. Talent worthy enough to take the Derby glasses off to see. Check out the odds on the Kentucky Oaks below, and plan your weekend with the Churchill Downs race calendar, right here. 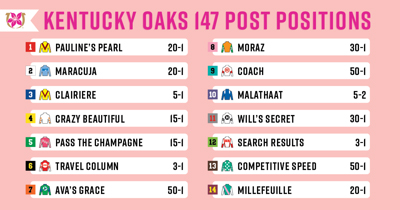 We’re just getting started with Derby weekend insights and odds. The Kentucky Oaks undercard list is impressive, to say the least. Our coverage continues with Dawn and her Kentucky Derby analysis here. (hyperlink to the Derby story)