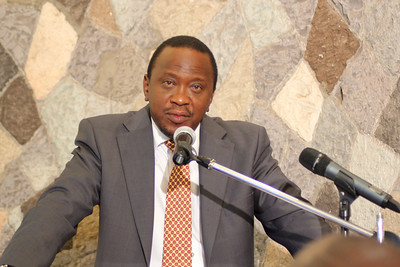 According to iGamingBusiness.com, the tax was part of the 2020 Bill, but the National Assembly’s Finance and National Planning Committee submitted an amendment to remove it, saying, “The high level of taxation had led to punters placing bets on foreign platforms that were not subject to tax and thereby denying the government revenue.”

Finance Committee Chairman Joseph Kirui Limo, who introduced the amendment, said the tax had led to revenue “going down” as operators left the market and bettors played with unlicensed operators. But concerns lingered about Kenyatta’s opposition to the betting industry. Last year, the president called for a total ban on gambling in the country.

“We have this thing called gambling and it’s so bad, I alone can’t finish it,” he said, and claimed that the betting industry was “leading to hopelessness and greater poverty.”

But Kenyatta opted to sign the bill as passed in Parliament.

Sportpesa has been in discussions with Kenya’s government regarding a possible return, and CEO Ronald Karauri called the ruling a “significant development” for the betting sector.

Last month, Betsson-owned operator Betsafe agreed two new sponsorship deals in Kenya, with Nairobi-based rivals Gor Mahia and AFC Leopards, both of which had previously been sponsored by Sportpesa. The operator said at the time it was planning to enter the Kenyan market “in the coming months.”