Keys to Victory for Texans Over Chiefs in NFL Week 1 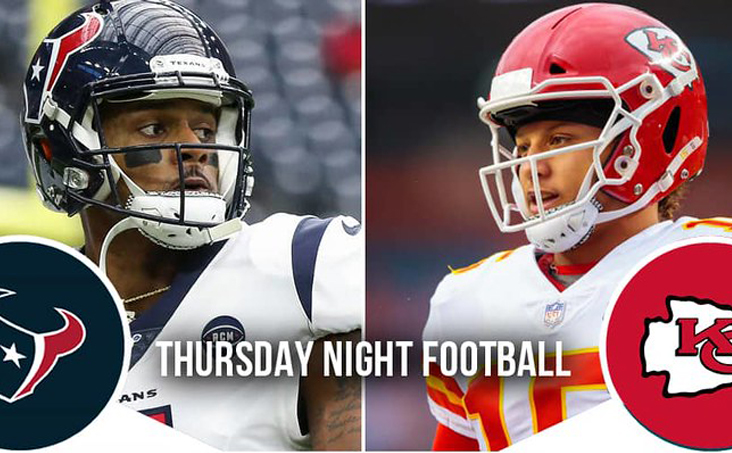 In a rematch from the AFC Divisional round matchup to open the 2020 NFL season, the Kansas City Chiefs will square off with the Houston Texans on Thursday Night Football.

Deshaun Watson will be playing his first game for the Texans since signing a four-year, $156 million contract extension. Will he have enough time to establish a connection with his new weapons?

Get all of BetQL’s best bets for the upcoming NFL season! Dating back a full calendar year, its five-star (max-value) bets have won 61% of the time!

The best way to stop Patrick Mahomes is to keep him sitting on the sidelines. Mahomes is just too talented and has a vast array of weapons, making it difficult for the Houston Texans to compete with him in a shootout, which they found out the hard way in last season’s AFC Divisional round game.

A big storyline for many teams in the NFL for the early part of the season will be creating chemistry amongst new players. With little practice time and no preseason games, teams that lack continuity are likely to be at a disadvantage.

Watson will be working with two new wide receivers in Brandin Cooks and Randall Cobb to go along with the oft-injured Will Fuller. It might take even more time to work up a connection with Watson than other quarterbacks because Watson is most dangerous on plays that are off schedule.

Watson is elite at making plays outside of the pocket. When he breaks containment, his receivers finding the right place to be can only be developed with time. Watson is often forced to play this way due to Houston’s continued issues with the offensive line.

As big underdogs, Houston is going to need some big plays to go their way. They have offensive weapons to create some, but their defense is a pretty big question mark at this point. Houston ranked just 22nd in the NFL in defensive DVOA last season with J.J. Watt injured for much of the year and Jadeveon Clowney no longer being on the roster. The Texans proved to be no match for the Kansas City offense last year by giving up over 50 points.

Mahomes is going to get his yards and points, so creating multiple turnovers and hoping the Chiefs stop themselves will be Houston’s best chance.