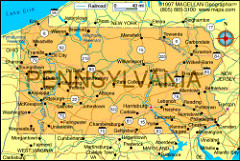 With the Pennsylvania state Senate back in session to pass bills that would fund an unbalanced $32 billion state budget for the fiscal year that began July 1, state House and Senate leaders remained at odds on a bill that would fund an estimated $250 million of that budget, the omnibus legislation to expand gaming in the state.

Senate Republican leaders reported progress on the gaming expansion front last week, claiming they had “nearing agreement” with their House counterparts on most of the gaming expansion plan, including legalization and regulation of online gaming and daily fantasy sports, creation of up to 10 satellite casinos at off-track betting establishments, and tablet gaming at airports. Lawmakers also have agreed on a replacement for the casino local-community host fee declared unconstitutional last year.

At press time, however, the key sticking points remained, including the tax rates for online gaming and, most importantly, a proposal to add from five to 10 video gaming terminals, or VGTs, at each of some to 8,000 bars and other liquor-licensed establishments around the state. The latest Senate bill does not include it. Several House leaders are insisting on the provision, which also is backed by the Pennsylvania Tavern Association.

The state House revealed no plans to call the chamber back into session last week. “Conversations are happening,” House Republican spokesman Steve Miskin told the Pittsburgh Post-Gazette. “But the reality is that there are no agreements. And there won’t be until everything is agreed to.”

The gaming plan is only one budget remedy under discussion last week, as the state seeks to avoid a credit downgrade and continues to potentially violate the state constitution by operating a budget that is not backed by a revenue package.