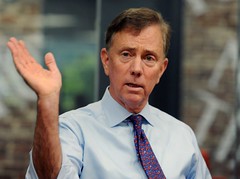 A bill introduced by Connecticut state Senator Cathy Osten in January would allow the Mohegan and Mashantucket Pequot tribes to offer online gaming.

Governor Ned Lamont said last week that he opposes Osten’s bill and will refuse to sign it. Instead he supports a bill that would only legalize sports betting, but instead of limiting it to the tribes, would share it with the Connecticut Lottery and off-track betting providers. He also opposes the provision in Osten’s bill that would authorize the tribes to invest in a commercial casino in the state’s largest city, Bridgeport.

Governor Lamont isn’t alone in opposing online gaming. He is joined by Rep. Caroline Simmons, co-chairman of the legislature’s Commerce Committee, who said last week, “I think we need to be cautious. It’s a major policy shift.”

Senate Majority Leader Bob Duff, who supports the bill, isn’t sure exactly how much support it has. But Senate President Pro Tem Martin M. Looney is completely onboard, arguing, “Whatever we can do to have a robust line of revenue for the state, absolutely.”

Looney does concede that online gaming makes a gaming bill harder to pass, because there will be a learning curve for lawmakers who don’t know all the ramifications involved. He said, “We haven’t gotten to the point yet of the specifics.”

Some lawmakers support tribal exclusivity for sports betting, but don’t automatically endorse online gaming. Others, like Rep. Tom Delnicki, whose district includes East Windsor, have one specific interest: He wants the tribes to be able to offer sports betting at the casino they have been authorized to build in that city.

Osten is adamant that multiple interests be offered something to generate wide support for her bill. Her bill links iGaming to more revenue for municipalities. She told the CT Mirror: “The only way to get the revenue to the towns is put the iGaming piece there, and that’s why it’s all in there.”

It’s also seen as an enticement for the tribes to spend $100 million build a casino in Bridgeport, which they see as feeding off the profits of their existing Foxwoods and Mohegan Sun casinos, without expanding their number of customers.

Negotiations over sports betting ground to a halt last year, although for a while it looked as though the governor and the tribes had a meeting of the minds. Lamont and many lawmakers dispute the tribes’ claim that sports betting is a casino game, and therefore granted to them by their gaming compact. They have threatened to withhold the 25 percent of slot profits they pay to the state, saying if the state doesn’t grant them exclusivity, it will be in violation of the compacts. Last year, they paid about $255 million to the state.

The state disputes the tribes’ claims, but apparently doesn’t have the stomach to call the tribes’ bluff by taking them to court.

Pequot Chairman Rodney Butler last week issued a statement that claimed that last year Lamont hadn’t really tried to reach a deal with the tribes. His statement said, “We are at a loss to explain the timing and tone of the statement issued by Governor Lamont.” He added, “While he refers to his attempt to negotiate a ‘gaming solution,’ the governor and his staff have had little to no communication with the tribes over the last several months — despite our repeated attempts to meet.”

Butler called on all parties to reach a compromise, and said he sees “a path forward on gaming if there is a will to take it, and we stand ready to work with any and all parties to make it happen.”

The Mirror asked Butler if the tribes insist on iGaming as a component of a bill, and he answered, “That’s not really the sticking point, it’s just a piece of the puzzle.”

A spokesman for the governor pointed out, “Currently, neither tribe can conduct sports betting at their respective casinos, which only puts them at a competitive disadvantage to their neighboring casinos.”

Noting that previous legislation has attracted lawsuits from MGM, which wants to be allowed to compete in the state, the spokesman said Lamont’s proposal was more likely to weather a lawsuit, whereas Butler’s proposal would “invite seriously legal challenges from a host of competitors.”