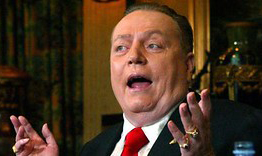 A federal judge has denied attempts by the state of California to quash a lawsuit by Hustler magazine publisher and card club owner Larry Flynt. Flynt is trying to overturn a state law that prevents him from owning casinos in more than one state.

The law, adopted in the 1980s, aimed to discourage mobsters from building casino networks by banning card room owners from owning casinos outside California.

Flynt owns the Hustler Casino and Larry Flynt’s Luck Lady Casino in Southern California. In his legal challenge, the maverick card club owner called the law “anachronistic” and an illegal attempt to regulate interstate commerce, which is the federal government’s purview.

He claimed that the law would have the effect of forcing him to divest businesses that are unrelated to gaming, such as his strip clubs, and prevent any of his business partners from opening a casino business outside the Golden State.

Last week, in a 14-page ruling, U.S. District Judge John Mendez denied California’s motion to dismiss the lawsuit outright. He wrote, “Defendants fail to illustrate how these allegations are insufficient as a matter of law.” He added, “To the extent that plaintiffs’ dormant commerce doctrine claims rest upon an indirect-regulation theory of liability, the court denies defendants’ motion to dismiss.”

The defendants in the case are Attorney General Xavier Becerra and the California Gambling Control Commission.

The judge’s decision means that the case can go forward.