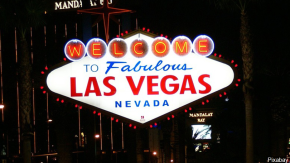 The strike that was looming over the Las Vegas casino industry late last week was averted as negotiations went into the wee hours of the morning after the contract, which covers 34 resorts on the Strip and Downtown expired at midnight on Thursday. At around 3 a.m., the Culinary Union announced it had reached an agreement with Caesars Entertainment, covering about one-quarter of the workers considering a strike. On Saturday, a similar agreement was reached with MGM Resorts, effectively ending the strike threat. Each new contract will last five years. The union said a strike could cost the two largest operators on the Strip—Caesars and MGM Resorts—more than $300 million if it lasted a month.

“This innovative contract sets clear goals regarding technology and automation for worker retention, job training, advance notice of implementation, and severance package,” said Geoconda Argüello-Kline, Secretary-Treasurer for the Culinary Union. “The Culinary Union has fought hard to protect workers over our 83 years and this new agreement is the best contract with the highest wage increases that workers have ever had.”

Tom Jenkin, global president and lead negotiator for Caesars Entertainment, said it would benefit his company and its employees.

“We are pleased that all economic and personal security issues have been resolved with this new contract and that employees will continue to provide guests superior service and experiences,” said Jenkin. “This historic agreement ensures that our union team members will continue to be a crucial part of the Las Vegas dream.”

Caesars Entertainment and MGM Resorts International, which together employ around 70 percent of the unions’ 50,000 members—mainly cocktail and food servers, bartenders, housekeepers, porters, bellmen, cooks and other kitchen workers—were the most at risk Culinary Union analyst Ken Liu said EBITDA at Caesars would be slashed by $115 million in the first month of a strike, while MGM would lose $200 million.

The old contract provided for salary and benefits increases of 2.2 percent per year. As of last week, the gaming companies had offered average annual increases of around 2.7 percent.

The unions want 4 percent as part of a new agreement that would improve pension benefits and also mandate protections from automation and the impacts of corporate mergers and acquisitions and provide greater safety from sexual harassment and other dangers on the job.

Several other factors have combined to make employee safety a major concern in the talks—the #MeToo movement and the allegations that forced Steve Wynn out of Wynn Resorts have cast a national spotlight on sexual aggression against women. The mass shooting on the Strip last October in which a heavily armed gunman firing from a suite at Mandalay Bay killed 58 people and wounded hundreds has made security a priority across the industry.

Following the lead of major hotel operators elsewhere, MGM now provides safety buttons to housekeeping staff and other employees who enter guest rooms and is working with the unions to complete “contract language that expresses our mutual commitment to protecting employees from workplace harassment,” according to a spokeswoman.

A Caesars spokesman said his company is working with union leaders “to address all important issues, including safety.”

Both companies said they were confident a new contract would be reached without a strike.

The last time Culinary Union members staged a citywide work stoppage was in 1984, when 15,000 workers stayed out for 67 days. Individual properties have also experienced walkouts, the most notable being a strike in the ’90s at the since-demolished Frontier that lasted more than six years.