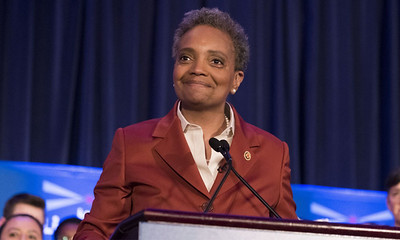 In a major victory for Chicago Mayor Lori Lightfoot, Illinois Senators in a special session voted 42-14 to authorize a casino in Chicago. Earlier, the House voted 77-32 for the casino bill; representatives moved from the Capitol to a nearby convention center to assure social distancing, and masks and temperature checks were required. The bill now goes to Governor J.B. Pritzker for his signature.

The casino measure’s sponsor, state Senator Bill Cunningham, said, “It’s fair to say that over the next handful of years, the Chicago casino is going to provide hundreds of millions of dollars, indeed well over a billion dollars to our capital program.” He added casino revenue also would help finance the city’s significantly underfunded police and fire pensions.

Also under the legislation, the state will receive $45 million in licensing fees up front, and an additional $700 million in restructured reconciliation fees. In addition, casino operators will have an extra year to pay for licenses, since several casinos now are closed due to Covid-19.

After the vote, Lightfoot said, “The Illinois state legislature has passed a bill that makes the possibility of a financially viable Chicago casino a reality. This moment is decades in the making, and represents a critical step toward shoring up our city’s pension obligations, as well as driving huge levels of infrastructure funding and fueling thousands of new jobs for all of Illinois.”

Bill sponsor state Rep. Bob Rita praised Lightfoot’s “tenacity” for pushing for the tax changes “since day one,” when she announced the original rates “wouldn’t work for Chicago.” He added, “This is good for everyone for jobs and development, having a Chicago casino be real.”

Pritzker had urged legislators to vote for the casino measure. He said, “I look forward to signing this legislation that provides a reliable funding stream to our historic $45 billion Rebuild Illinois capital program, and I thank the bipartisan members of the legislature as well as Mayor Lightfoot for bringing this bill across the finish line. Together, we are creating jobs and rebuilding our state.”

The legislation also extends the licensing process for the casino in Danville—one of six cities approved for a casino–for six months if a license isn’t granted. Mayor Rickey Williams Jr. said legislators wanted to make sure the Illinois Gaming Board still can issue licenses after the current deadline of October 1. The Danville city council selected Haven Gaming LLC as its casino operating partner in October 2019 and Haven submitted its casino license application to the IGB at the end of that month.