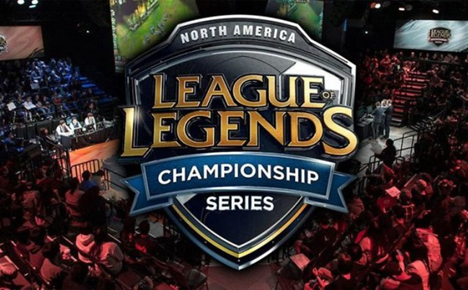 The North American League of Legends season 2022 is here, with 10 teams vying for the domestic title and a spot in the Mid-Season Invitational.

The 2022 North American League of Legends season is here, with 10 teams battling for the region’s coveted domestic title, plus a spot in the Mid-Season Invitational.

The 2022 Spring Season of the League Championship Series is the first split of the tenth year of North America’s professional League of Legends. Ten teams will compete in a round-robin group stage in four locations: Mexico City, New York City, Toronto and San Francisco.

The season began with Team Liquid’s impressive win in the League of Legends Lock-In tournament in January. The first round kicked off February 5, with each team playing twice against its opponents. The Top 6 teams will compete in Spring Playoffs in April.

This weekend’s event has a cash prize of $150,000. The winning team will also get $50,000 for the charity of its choice. Competing League of Legends teams include:

For fans, it’s shaping up to be one of the most exciting seasons in league history, with teams building around promising young talent. Several teams have made significant additions, including Evil Geniuses and TSM. Bjergsen, the six-time champion, is also back in the league.

This week brought some surprising headlines. Cloud9 parted ways with head coach Nick “LS” De Cesare in a move that’s mystified some fans, and made many of them unhappy. It’s uncertain how much the change will impact Cloud9 as the games continue, but for now, it’s in the Top 3 heading into the weekend, along with Team Liquid and FlyQuest.

FlyQuest has been a pleasant surprise in the LCS this season, and its continued success is a testament to hard work. The team showed consistency while focusing on the meta in the previous week.

Team Liquid is another one to watch for, and is one of the best-performing teams in the LCS right now. The entire squad seems to have found its rhythm and is playing well. Team jungler Santorin has been a massive factor in Liquid’s success amidst frequent roster changes.

Hey, esports fans! Get a free $5 game plus an instant match of up to $100 when you sign up and make your first deposit at Monkey Knife Fight.

Based on performance, the top players to watch are:

Amid changes in FlyQuest, top-laner Kumo maintained top performance and was once again among the top performers in the week.

Last weekend, Kumo returned to his more aggressive playstyle, which has been instrumental in FlyQuest’s continuous success. He was the initiator for most of the games, ending both with a kill participation rate of over 60 percent.

In the match against 100 Thieves, Kumo showed his skills by taking down Ssumday’s Gnar at level one using Tryndamere. He didn’t stop there, but proceeded to use the champion to make aggressive plays by constantly initiating fights.

Throughout Week 3, Team Liquid’s Santorin provided consistent damage and assists, as well as a league-leading 23.0 KDA. He was also instrumental in shaping Liquid’s early-game pressure during its two victories.

With three weeks of the Spring Split under its belt, Liquid is currently at 6-2, and will need Santorin’s early dominance to win its first LCS since the Summer Split in 2019. 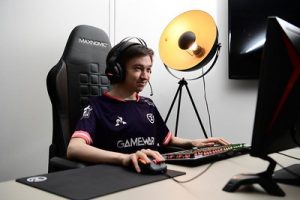 FlyQuest has been the surprise of the Spring Split, undoubtedly tying for first place. And the emergence of FlyQuest’s Toucouille has been significant.

The French mid-laner has quickly established himself as a top player of the team, with his performances on Veigar and Corki in the last two weeks. He’s also been the team’s most consistent follow-up damage source.

While Kumo was mainly responsible for the team’s early damage and initiator, Toucouille has also provided consistent follow-up damage. In week three, Toucouille made up the largest portion of FlyQuest’s damage share (37.4%) and kill share (27.6%).

He also averaged the highest Damage Per Minute (a DPM of 626) and overall kills across the entire split. Due to his meteoric rise in the league, FlyQuest will likely need Toucouille to maintain his current level of play in order to continue their ascent. 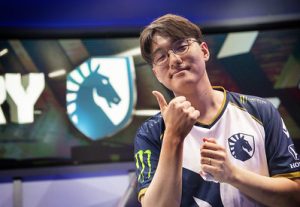 This past weekend, CoreJJ returned to Team Liquid after being stuck in green card purgatory for the first month of the season. He was back to his full-time job supporting the team. Over the course of two games, CoreJJ helped contribute 22 total assists, which tied for the most among all players in week three. He also participated in 89.7 percent of Liquid’s kills.

With the team at full strength, it can be hard to ignore who is the LCS’ top player and the reason why Liquid is undefeated in three. With a full roster, Liquid can surely rely on their support to keep their heads above water.

Get expert esports news and analysis right here at iGamingPlayer. Subscribe below today to get every informative issue, direct to your inbox.

This match is crucial for both teams, as it can quickly turn the table for Team Liquid or 100 Thieves. Team Liquid has secured six wins with two losses—not far from 100 Thieves, which has five wins and three losses.

This is sure to be a competitive match as 100 Thieves will not go down without a fight. With their position on the line, we see Team Liquid struggling but still winning this matchup as they depend on the plays of Corejj and Santorin to come out victorious.

The most shocking story in the league right now is that of TSM. With a history of winning trophies, they have only managed to gain one win this season, which was on the first day of Week 3. Their season has not gone well so far, and it looks like they will have a hard time winning any more trophies.

Although we suspect a possible comeback, FlyQuest is predicted to win as the team’s had a fantastic performance, and we don’t see that stopping against TSM. Their early success can be attributed to the impressive play of Toucouille, who has exceeded expectations since joining the LCS.

Evil Geniuses has struggled through the league, but Danny bounced back with an impressive early lead in his lane. He will continue to lead his team and push it into the playoffs.

Against Cloud9, EG is currently at the top of the league. And though it’s uncertain how the team will perform, this is sure to be an exciting match, with Cloud9 projected to come out victorious. That’s because Cloud9 has remained in top form, as evidenced by its fantastic plays and consistent wins.

Gold Guardians vs. TSM is another match to look forward to. TSM hasn’t seen a good week, but this doesn’t dismiss its chances of winning. On the other hand, Gold Guardians have been fearless, recently winning against Team Liquid.

Although GG has struggled in the mid-game of recent matches, we still see them coming out victorious against TSM.

The official season will be broadcast on the league’s Twitch channel once the first match begins. The broadcast can also be accessed from Riot’s dedicated LoL esports website and the LCS channel on Youtube. Keep up to date on esports with iGamingPlayer.