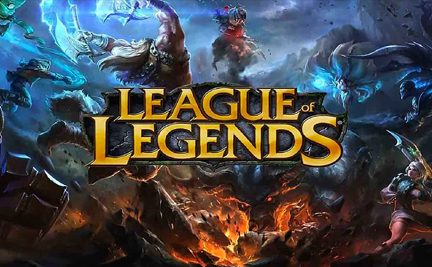 Two of the biggest League of Legends pro tourneys are coming to an end. The North American LCS Mid-Season Showdown and the European LEC Spring Playoffs will go down April 10-11.

Two of the biggest League of Legends pro tournaments are coming to an end, with this weekend’s matchups. The North American LCS Mid-Season Showdown and the European LEC Spring Playoffs are going down this weekend, April 10-11.

Here are our predictions for the last four matches.

The North American champion this weekend will take the crown and represent the region at the International MSI in Iceland, May 6-22. Six teams will play best-of-five, double-elimination bracket matches.

How to watch: The two final matches will be held at the Greek Theater in Los Angeles. The event will be broadcast on the LCS Twitch and YouTube channels, as well as on Riot’s LoL esports site. Dozens of unofficial, multi-language channels will legally stream the event (find on the “League of Legends” category of Twitch.tv).

We predict that Team Liquid will win this match, thanks to its early-game aggressiveness: 62.5% first-blood and 75% first-tower rates, versus TSM’s 43.2% and 54.1%, respectively.

Even if they struggle to finish the match before the 30-minute mark, Liquid will leverage its superior farming control.

We predict Cloud9 will be the next NA representative after winning against Team Liquid. This can reflect on the last three victories out of the four matches they played during Round 2 on April 3.

Cloud9 doubled the number of dragons slain, and Blaber reached a 10.8 KDA, followed by Zven at 10.3. Their 45 kills versus 29 and 26 towers taken down versus 16: Cloud9 will take the lead if the trio of Gankplank, Seraphine, and Gnar doesn’t get banned.

Create a new-player account at MonkeyKnifeFight.com and your first deposit will be matched 100% up to $50. You’ll also get a $5 free game (no deposit required) on sign-up.

Let’s see which of the best six European teams will win the title and qualify for the International MSI, representing their region in Iceland next month.

So far, here are the performances of the teams in this year’s LEC:

These matches will also be played in a double-elimination, best-of-five series for total prizes of more than $200,000, distributed in the following format:

How to watch: Riot’s official Twitch and YouTube channels will broadcast all LEC matches for the 2021 Spring Split. Like last year, six teams have advanced to this next stage, based on their performance throughout the regular season. 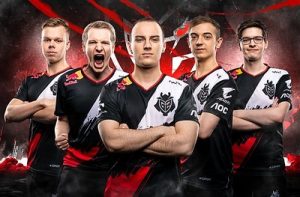 We have to give this one to G2, if Wunder gets to pick Sion before Odoamne, Rekkles’ Kai’Sa doesn’t get banned (#1 Farm and #1 Most Kills in a single game), and they overpass the 35-minute mark (the late-game average they tend to win at).

The Spanish team will conquer the game ahead of minute 15, as they’ve done with all of this league’s previous matches (100% win rate).

We predict that they’ll secure the Herald, as they have done 68.8% of times, and Baron Nashor, with a 75% rate, where G2 only have gone for both creatures with a success rate of 38.9%.

This should be an exciting weekend of League of Legends matchups. Read iGamingPlayer for the best in esports. To subscribe, click below.

Best Bets on the Mas