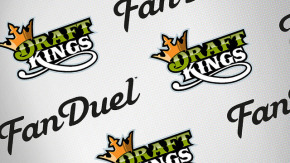 Daily fantasy sports are now licensed and regulated in Pennsylvania as the state’s DFS regulations have gone into effect, as Massachusetts will remove a “sunset” clause and allow DFS to continue to be offered there.

Six DFS companies—including DraftKings and FanDuel—are now operating and being taxed under the Pennsylvania law. Adjusted revenues are taxed at 15 percent.

The Pennsylvania Gaming Control Board said Tuesday announced the start of the regulations. The board was directed to regulate DFS sites under Pennsylvania’s extensive gaming legislation that was passed in October.

The sites operating in the state are DRAFT, Fantasy Football Players Championship, FanDuel, DraftKings, Boom Fantasy and Fastpick. Players will not see any changes in their interaction and playing of the sites, officials said.

Requirements for operators, however, include verifying player identities, ensuring players are aware of rules and prizes before playing, limiting beginner contests to beginning players, and establishing channels for responding to player complaints.

In another DFS story, a study by a Kansas State University professor finds daily fantasy sports contests are games of skill and not gambling; a position long held by the DFS industry.

Professor Todd Easton and co-author Sarah Newell used a simulation to generate random teams “to model a completely ‘unskilled’ DFS participant” and lost every single one of the 35 contests they played across the course of the 2016 NFL season.

The study notes that in a game of chance every strategy should perform equally well and, “a random team should perform as well as a team selected by any other strategy.” The fact that their model did not produce a single win for the unskilled player simulations suggest higher odds against winning than many lotteries.

“Elected leaders and the judges of the country or state determine what constitutes gambling,” the study said. “This paper has shown that DFS contests do not meet one the necessary requirements of gambling: chance. Thus, the authors recommend that states should no longer legally consider DFS salary cap contests as gambling and encourage the use of this research to inform the public and lawmakers of these new developments in this controversial topic.”

In Massachusetts, an amendment to the budget removes the “sunset provision” that temporarily legalized the games two years ago. It has been passed by the House and awaits action in the Senate.

Massachusetts is the birthplace of DFS. DraftKings, the largest DFS operator, is based in Boston. It is currently operating under regulations that were adopted by the state attorney general.

DraftKings CEO Jason Robins thanked the lawmakers “for their continued support of Massachusetts’ innovation economy and their leadership in making the state a global center for sports technology companies like DraftKings.”

The legislature is not done with DFS just yet, however. A bill submitted in January would be more comprehensive and would create a taxing structure. The same bill may include a section devoted to sports betting and online gaming.

It would create a committee to study sports betting, but only if the U.S. Supreme Court acts to lift the federal ban.