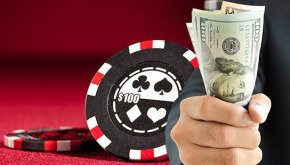 Nevada’s embrace of recreational marijuana sales has saddled the state’s casinos with a host of questions about where they stand in regard to federal money-laundering regulations and their social responsibility obligations under state rules.

In regard to the former, the American Gaming Association has written U.S. Treasury Secretary Steven Mnuchin in hopes of clearing the air.

The problem is a Treasury directive issued under the previous administration that requires financial institutions to file “suspicious activity reports” with the department if they believe they have funds that were derived from pot sales in violation of state law.

As of June 30, such sales are no longer illegal in Nevada, but they’re still a no-no under federal law, and since banks are regulated by the federal government they’re hesitant to work with legal retailers. Casinos fear that if they allow patrons to gamble with pot money, the money would be “cleaned” in the process, making it eligible for a bank deposit. And the casino could subsequently be implicated in money laundering.

“The dichotomy imposes a costly operational burden both on the casino industry and law enforcement,” Freeman said.

The social responsibility issue came up during an event at the University of Nevada, Las Vegas, sponsored by the AGA to introduce the trade group’s new responsible gaming code of conduct.

“We have existing regulations that talk about impairment from alcohol and gambling, but the statutes and regulations are silent on what happens when the persons might be impaired from marijuana intoxication and continue to gamble,” said Terry Johnson, a member of the state Gaming Control Board who spoke at the event.

“Those are some continuing issues that we’re going to have to address and work on,” he said.

“At the AGA, responsible gaming is a critical priority,” said Elizabeth Cronan, the association’s senior director of gaming policy. “We are investing more of our time and our resources in this issue. I’m spending more time in Las Vegas, working more closely and directly with our members across the country and in gaming markets industry-wide.”