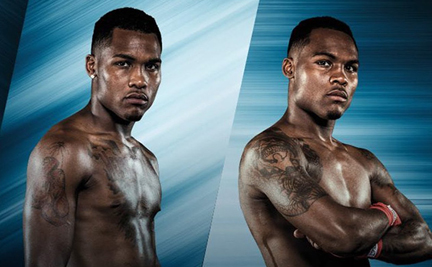 In mid-March, heavyweight boxers Otto Wallin and Travis Kauffman tested positive for Covid-19, just as the virus knocked down major league and college sports in the United States. Casino resorts like Mohegan Sun went down for the count, too.

It’s been a long climb back, but on August 15, Wallin and Kauffman squared off in the ring at the Mohegan Sun Arena, a fight broadcast by Showtime Championship Boxing.

Wallin emerged a winner on a TKO. Fighters lived to fight another day, albeit without fans, at a tribal casino in Uncasville, Connecticut.

Tom Cantone, president of sports and entertainment for Mohegan Gaming & Entertainment (MGE), is at the center of the story. In early March, Cantone recalled, “I sat in my office surrounded by 8 million square feet of darkness, thinking of ways to stay relevant during this unprecedented time.”

Then he had a lightbulb moment, and shared it with Viacom: Why not use the vacant resort arena to broadcast events for the company’s sports brands? 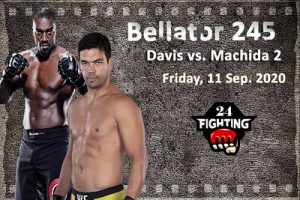 The result was a residency partnership with Showtime and Bellator MMA, with fights broadcast live on Showtime and the Paramount Network. Bellator kicked off the residency on July 24, and Showtime launched August 1 with a bout between Angelo Leo and Tramaine Williams for the Junior Featherweight World Championship. On August 21, Paramount aired Ryan Bader vs. Vadim Nemkov, part of the Bellator 244.

“Tom Cantone and his team have been excellent partners and the venue has suited our unique needs to deliver both boxing and MMA sports,” Stephen Espinoza, president of Showtime Sports, told iGamingPlayer.

While no fans crowd the stands for these fights, all combatants are still tested and quarantined before each fight, Cantone said, adding that the first event made him “a little emotional.”

“I remembered sitting in my office all alone, wishing for this day to come true,” he said. “And like magic, it did.”

Viacom could have gone to Vegas or L.A, Cantone added. Instead it chose rural Connecticut. “It was a combination of a good relationship and a great team to back it up here. We found a way to beat the pandemic.”

Sign up to wager at MoheganSunCasino.com and your first deposit will be matched 100% up to $1,000. Matching funds will be immediately added to your bonus balance for wagering.

For more information and tickets, go to bellator.com.

Bill Sokolic is a veteran journalist who has covered gaming and tourism for more than 25 years as a staff writer and freelancer with various publications and wire services. He's also written stories for news, entertainment, features, and business. He co-authored Atlantic City Revisited, a pictorial history of the resort.