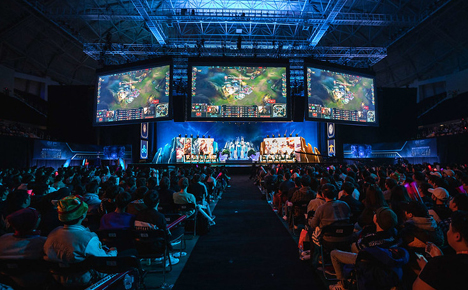 Only two teams remain in the 2021 League of Legends World Championship. Just one best-of-five series remains before the champ is crowned. Here’s our take on the contenders, and our winning pick.

Following a month of elite-level competition, the 2021 League of Legends World Championship has reached its climax. An initial field of 22 teams has been whittled down to just two squads. Only one best-of-five series remains before the next world champion is crowned. The competition will be intense.

The LoL World Finals will feature defending champions DAMWON Gaming KIA, the defending champions, and EDward Gaming, the reigning LoL Pro League champions. It is scheduled to take place on Saturday, November 6, at 7 a.m. CST. Besides winning the Summoner’s Cup, the teams will also compete for a $489,500 prize pool.

If you aren’t up to speed with this prestigious event, here’s all you need to know about the LoL World’s big finale. 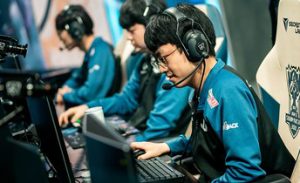 As the defending world champs, DWG KIA arrived at the grand finals with tremendous momentum. DWG was the only team to go undefeated in the group stage, having bested FunPlus Phoenix, Cloud9, and Rogue. In the quarterfinals, they swept fellow LCK member Hanwha Life Esports in three games.

Their biggest challenge came in the semifinals, where they took on perennial contender T1 and went the total distance. Facing a 2-1 series deficit, DWG clawed its way back to defeat T1 3-2 and reach their second successive world finals.

Compared to the 2020 lineup, DWG returns with virtually the same players, except for the top-lane position. That area is managed by Khan, an eight-year veteran who will retire after the finals to fulfill his military service requirement.

He is supported by the dynamic jungle-mid lane duo of Canyon and ShowMaker. Both are regarded as the best players in their positions in the world. Rounding out the lineup is the bottom lane, which ADC Ghost and support BeryL easily inhabit.

All have performed at their best thus far in the tournament, and are expected to continue their form at the LoL World Finals. Judging by how DWG currently stands, only a capable team playing at its best would be able to repel them.

That responsibility falls to EDward Gaming.

Sign up to bet the LoL Finals and get a free $5 game plus up to $100 instant match on first deposit at Monkey Knife Fight. 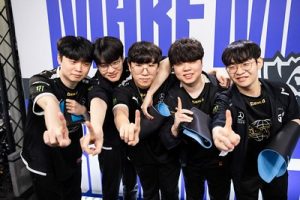 As China’s most successful organization, EDG overcame its curse of international futility by advancing to the grand finals.

The culmination of events began during their rebuild a year ago. Following a disappointing 2020 season, EDG signed HLE’s Viper to be its next starting ADC. Without hesitation, Viper blossomed to become the best player in his position in China and the world.

The same improvement affected EDG’s top-laner, Flandre, who signed after spending a handful of years at LNG Esports. In less than a year of professional play, Jiejie matured from the academy roster to commandeer a grand-finals appearance.

Many players dream about the sort of progression Jiejie experienced, but the 20-year-old did it. Now he’ll try to usurp Canyon to become the world’s next best Jungler.

And who can forget about Scout and Meiko, the two EDG veterans? Meiko has practically lived with the team, and although he won the LPL five times and also won the MSI, in four tries he never advanced past quarters. That all changed this year. With the team reaching the finals, the captain hopes to finish with total victory.

Likewise, Scout is close to attaining his career’s crowning achievement after starting as an SKT T1 substitutes in 2016. Since moving to China, Scout has solidified himself as one of the best mid-laners in the LPL. With the Summoner’s Cup within his grasp, he looks to become the world’s best at the LoL World Finals. 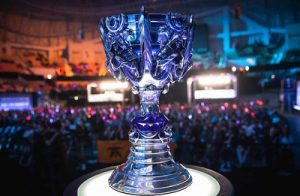 Both these teams have proved their worth to reach the grand finals. As their region’s first seed, both are also running on a heap of momentum.

However, both teams’ journeys led many to lean towards DWG KIA as the one with the upper hand. Whereas DWG went undefeated until the semifinals, EDG suffered losses to T1 and 100 Thieves in groups. Losses to those teams don’t inspire confidence among fans for EDG to adequately compete against DWG.

Nevertheless, LoL World’s fans are in for a riveting showdown between these two teams. Our final pick: DWG KIA will take the world championship, three games to one.