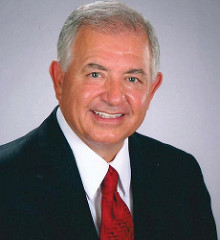 Louisiana state Senator Ronnie Johns recently announced he will introduce legislation based on recommendations of the legislative Riverboat Economic Development and Gaming Task Force to revise riverboat casino laws. Formed in 2016, the task force recently released its report based on input from the state’s 15 riverboat casino license holders and others connected with the industry.

Johns noted Louisiana’s riverboat casino gaming laws have not changed a lot since they were enacted in the early 1990s. In the meantime, other states have approved online gambling and other revisions. “We are just getting left behind in the casino industry. Whether anyone supports that industry, the facts are that they’re here,” he stated. Johns said the recommendations are “baby steps” but they’ll be “a significant start in looking at the industry.” The recommendations do not call for more casinos or licenses.

One recommended change would allow an existing riverboat license to move from a waterway to a land-based property within 1,200 feet of its berth. Johns said that also would eliminate the requirement that riverboats have a working paddlewheel and marine crew, though they have not had to sail for years.

Under another change, casinos would be allowed to offer up to 2,750 gaming spaces, rather than being limited to 30,000 square feet of gambling space. Currently tribal casinos have a competitive advantage since they can have unlimited space, Johns said.

Johns also wants to address promotional dollars, although the task force made no recommendation about it. Casinos are required to pay a 21.5 percent tax on net proceeds from promotional dollars. “That’s before any local taxes,” Johns said. He said he’ll propose that promotional play dollars above a guaranteed floor of $18 million in taxes—the annual tax amount casino gambling generates—will not be taxed.

Task force Chairman Ronnie Jones said Caesar’s Palace, owners of Harrah’s New Orleans, indicated it will not sue to protect its land-based monopoly. One reason is that Caesars owns the Horseshoe riverboat casino in Bossier City, which would benefit from the proposals. Also, since the New Orleans city council banned smoking, Harrah’s revenue has declined and Caesars will be seeking relief from the legislature, observers said.

Johns added he will not file any legislation regarding sports betting.

In 2016, Louisiana casinos, video poker and the lottery brought in $906 million in tax revenue for the state.