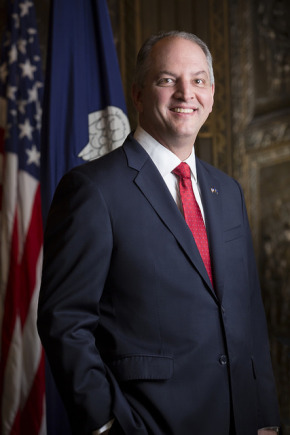 More than three dozen gambling bills have been introduced in the current legislative session in Louisiana, although only a few have been taken up so far. Senate President John Alario said, “It looks like every form of gaming has come forward with a proposal now. I think we have to be careful that those businesses don’t take advantage of the people of Louisiana.” Governor John Bel Edwards has said he is open to gambling changes.

Changes could happen fairly soon, as the Louisiana Senate Judiciary B Committee recently approved Senate Bill 316, which would allow the state’s 15 riverboat casinos to move ashore within 1,200 feet of their current site. The casinos would be required to provide “economic development” justification for the state Gaming Control Board to permit the move. The legislation’s sponsor, state Senator Ronnie Johns said, “We wanted to promote economic development and to address the issue of safety out on the waterways.” In 2001, riverboats were allowed to be permanently docked–the last major change in Louisiana gambling laws.

The legislation also limits casinos to 2,635 gambling machines instead of 30,000 square feet of gambling space, as in the current law. And it deletes the requirement that riverboats be paddlewheel driven.

The Senate committee also advanced Senate Bill 320, also sponsored by Johns, which would reduce the tax burden for casinos that offer gambling vouchers, poker chips, coupons and other promotional giveaways. The measure would allow casinos to appeal to the Gaming Control Board after July 1, 2020, to be allowed to only pay taxes on a “baseline” of these vouchers. Any revenue beyond this baseline would not be taxed. Casinos also could apply to the state gaming board to lower their baselines, thereby lowering their tax burden.

Johns said he is working with casino operators to try to find a way to lower the tax without costing the state the $18 million it collects annually from the promotional giveaways. He noted Mississippi casinos are not taxed on giveaways.

The Senate committee also approved state Senator Bodi White’s Senate Bill 417, which would allow the DiamondJacks Riverboat Casino in Bossier City to move to the Tangipahoa River in Tangipahoa Parish. A referendum would be held in the parish on November 6 to approve the move.

Los Angeles-based Peninsula Pacific owns Diamond Jacks. Chief Executive Officer Brent Stevens said the new location would “employ approximately 500 people, create about 2,000 construction jobs and it will be a project that will create about $200 million in economic development in the next year.” He added the new location would bring more customers to an under-served area of the state–possibly even attracting people heading to Mississippi to gamble. “There’s about $260 million of gaming revenue from Louisiana that goes into Mississippi and the Gulf Coast, the vast preponderance of that goes past I-10 and I-12 and goes right through Tangipahoa Parish,” Stevens said.

Tangipahoa Parish President Robbie Miller said, “Everyone’s attitude and plea I guess would be let the citizens have a chance to decide over the next several months. This is just one step to get us through. Over the next several months there will be many more meetings, many more opportunities for our public proponents and opponents to be able to discuss why we should or should not have this project in our parish.”

In the House, the Criminal Justice Committee advanced to the full House a bill that would extend until 2054 Harrah’s New Orleans’ contract to operate a land-based casino. In exchange, Harrah’s would provide $350 million in casino facility upgrades, build a second hotel and enlarge its entertainment space. Harrah’s would continue to pay $60 million annually to the state.

Other gambling legislation that has not yet been brought up includes legalizing fantasy sports, opening up Louisiana to internet gambling and allowing legal sports betting.