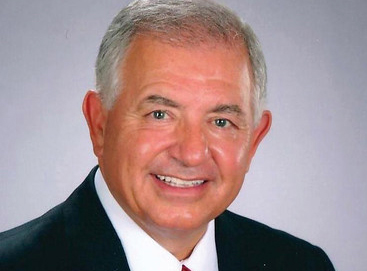 As the 2020 legislative session winds down, Louisiana lawmakers push to get a referendum on the ballot that would permit sports betting. State Senator Ronnie Johns (l.) backs the measure, and feels confident lawmakers and voters will too.

State Senator Ronnie Johns represents the 27th District in Louisiana, an area that includes Lake Charles and its suburbs in the Southwest corner of the state. L’Auberge Casino Resort Lake Charles sits smack dab in the middle of the district.

So it’s no surprise that Johns championed a bill to bring sports betting to the state. In his case, the legislation is SB 378. His colleague, State Senator Cameron Henry, sponsored a bill of his own, SB 130. While SB 378 had additional details than SB 130 in its initial introduction, those add-ons were eliminated before the final vote, Johns said. The final bill simply lays out the language for a yes or no vote on a statewide referendum November 3.

The reason for the alteration of one bill to mirror the other is simple. Given the Covid-19 shortening of the legislative session—and the last-minute failures the prior two years—time is of the essence as the session ends June 1.

“We are moving both through so in case one fails somewhere in the process, then we will have a backup instrument to try again. Only one of these two bills will become law should we get the House vote needed,” Johns said.

The original version of SB 378 spelled out that the law would allow retail sports betting at the state’s riverboat casinos, the Harrah’s land-based casino in New Orleans, and at horse racetracks around Louisiana. The proposal also indicated sports betting via kiosks or at teller windows, made the Louisiana Gaming Control Board the regulator, and allowed sports betting on all college, professional, and Olympic sports. eSports, high school and youth competitions would be prohibited.

SB 130 passed the Senate on May 13; SB 378 a day later. Both bills were reported out of House Criminal Justice Committee on May 20 with no objection. No one on the committee objected to advancing the bill to the full House, according to the Associated Press. A few hours after the Senate passed the sports betting ballot measure, a House committee updated its version to align with the Senate bill.

The House still needs to pass the bill, a hurdle on the legislative journey that has tripped up sports betting legislation each of the past two years, according to BettingUSA.com.

Johns expects a vote before the session ends at 6 p.m. June 1. “We feel confident on our chances of taking this first step in enacting sports betting,” he said.

If approved and signed by the governor, “each parish will have the opportunity to vote on whether they want sports betting or not,” Johns said.

If no parish votes in the affirmative, sports betting legislation ends there or comes back another year. But if just one of the 64 parishes vote yes, the process moves forward.

If a parish does not vote in favor of the referendum, it would not prohibit residents from placing a bet in an approved parish, Johns said. “Same thing with race tracks. If their parish approves it then they can set up a sports betting book. Only parishes that approve will be able to have a physical presence.”

But the bill is just the first step in the process. The details stricken from SB 378 still need to be addressed along with other elements.

Determining which sports would be allowed, where the wagers could take place would be settled in a later legislative session in 2021. Additional legislation to create the licensing, regulation and tax structures would be required as well.

“In next year’s session, we will have to pass the enabling legislation that will define how it would be set up and also how much it would be taxed.   This current session does not allow us to pass taxes of any form. That can only happen in the 2021 session,” Johns said.

Legislators would also have to decide whether to limit sports betting to casinos and horse tracks within parishes that voted yes, whether to go full mobile, or even allow wagers at video poker machines. Conservative religious and political groups still have strong influence on the legislature, and some lawmakers remain opposed to any new form of gambling.

But supporters point to neighboring Mississippi and Arkansas where sports betting is operational as a motivating element to keep the tax revenues in the state.

“I know that sports wagering is a very sensitive issue for a lot of folks, which is why we put it in this format here,” Senator Henry told his colleagues before the floor vote. “It is the safest way to get this done.”