HomeThe ShuffleLove Video Poker? These 5 Online Casinos Are for You!

Love Video Poker? These 5 Online Casinos Are for You! 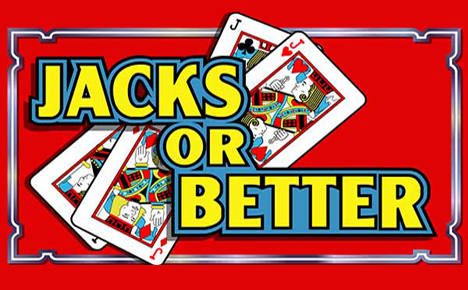 Video poker is one of the most popular casino games. Here are some of the best online sites for the video poker enthusiast.

Online video poker is a smart choice for anyone who likes casino games. Unlike playing typical slot machines, with online video poker you can positively affect your overall return by learning the right strategy. The good news is that the strategies for the most popular game are pretty simple to learn.—That is, if you make the correct decisions in the discard phase of each hand.

When choosing a video poker game, look at the payback percentage (also called return-to-player or RTP). For slots, most online casino sites display the RTP, and the average is somewhere around 94 percent. So for all the wagers you make on a game, 94 cents of each dollar is returned to you in payouts. In other words, in slots, there’s a 6 percent house edge.

Video poker, on the other hand, has almost no house edge. For instance, the most popular video poker game, which also has the easiest strategy to learn, is Jacks or Better. With correct strategy, this game offers an RTP of 99.54 percent—or a house edge of 0.46 percent.

It’s important to note that this negligible house edge applies only to the top pay table. To identify the top table, look at the single-credit pay for the full house and the flush. If the full house pays 9-for-1 and the flush pays 6-for-1, that’s the top schedule.

For most of the other popular video poker variations, the top pay table returns over 99 percent—a house edge of less than 1 percent.

So which sites have the best video poker? The most important factor is the pay schedule, but the selection of games is also important. We’ve looked at all these factors, and come up with your best bets for video poker.

Golden Nugget is the top overall online casino in New Jersey, and that applies to the site’s video poker selection too. At last count, there were 21 varieties of video poker in all, including eight with returns exceeding 99 percent.

Among the highlights here are the full-pay versions of several video poker mainstays, including 9/6 Jacks or Better returning 99.54 percent and 8/5 Bonus Poker at 99.17 percent.

Golden Nugget is one of just two New Jersey sites offering Deuces Wild Elite, Spin Games’ take on Deuces Wild, which returns 99.45 percent. Deuces Wild Elite adds an extra pay for five Aces. Other titles shared with only one other site (Caesars) include Aces & Faces, an entertaining wild-card game that returns 99.26 percent with correct strategy; and a version of 9/6 Double Double Bonus Poker that pays 1,000 times the credits bet on the royal flush—that’s 5,000 credits for the standard five-credit wager—returning 99.51 percent.

Double Your First Deposit at Golden Nugget Casino! Golden Nugget will match your first deposit instantly, dollar for dollar, up to $1,000. You also get 200 Free Spins on 88 Fortunes Megaways!

Caesars is a great online casino for all the same reasons. Like Golden Nugget, Caesars Casino offers a total of 21 different video poker games including eight offering 99 percent-plus RTP, with full-pay versions of Jacks or Better, Bonus Poker and Deuces Wild Elite, and the 1,000X version of Double Double Bonus. Caesars also is the other casino offering the version of Aces & Faces with the 99.26 percent payback.

As with Golden Nugget, this is a good pick because of the pay schedules and the wide selection of games.

Pick your favorite video poker game and sign up to play at Caesars Casino. Your first deposit will be matched 100% up to $500. Take a chance and play anytime, anywhere!

Resorts Casino offers a great overall selection, while pushing all the right buttons described above—full-pay versions of 9/6 Jacks or Better, 8/5 Bonus Poker and the version of the popular Double Double Bonus with 1,000 times the credits bet for the royal flush.

When you sign up to play at Resorts Casino, your first deposit will be matched 100% up to $1,000. Matching bonus funds will be immediately added to your balance when you join.

The selection at Virgin Casino isn’t as extensive as at other sites, but for the video poker purist, it does offer the top pay schedules in Jacks or Better and all the Bonus Poker variations as the other sites, including the 1,000X Double Double Bonus. Add to other games like IGT’s Triple Double Poker and a choice between Triple Play and Five Play in the multi-hand video poker choices, and this site is a good choice.

A note on payback percentages: A 100 percent return-to-player doesn’t mean you’ll win all the time. It means there’s no house edge. Think of it as flipping a coin. A coin flip carries a 100 percent payback percentage. In the short term, you’ve got just as much of a chance at winning as the house, but you’ve also got as much chance at losing. Over time, you’ll still win as much as you lose. But over a few sessions, you’ll have a much better chance at winning than on games at which the house has a significant edge.

Want to beat the house? New players who register to play online video poker at Virgin Casino will receive $100 real cash back on sign-up.

DraftKings has one of the strongest selection of online video poker games. The site offers every game video poker king IGT has released online, including great specialty games like Ultimate X Poker, a variation in which an extra per-hand ante wager triggers a multiplier that attaches to the next hand.

The site also offers the so-called “Not So Ugly Ducks” pay schedule for Deuces Wild. It is so-called because, in the video poker universe, its return is lower than the top version of Deuces (100.76 percent with perfect strategy), but is still among the top returns anywhere at 99.73 percent. Not so ugly.

A Final Word on Video Poker

To get the most out of video poker, first learn the strategy of the game you’re playing. And keep learning. See our archives for info on how to play video poker. Then check back in coming weeks for basic strategies on Jacks or Better, Double Double Bonus and more.

Remember: the better your strategy, the more you can squeeze that house edge toward zero.