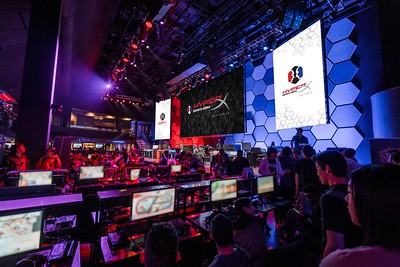 The HyperX Esports Arena at Luxor re-opened June 25, along with safety precautions for the kids and non-kids who compete.

The Luxor put in the usual prerequisites: six feet between gaming stations; masks; hand sanitizer and gloves for players; and hourly disinfecting of all common spaces, according to the Las Vegas Review-Journal.

Players will also have their temperature checked, Green said. Those playing hourly will be escorted to a gaming station. An attendant will wipe down the station before the player sits.

“Esports has taken off since the quarantine. People are playing more; parents are playing more with their kids. We’re excited to have the opportunity to serve the community again in person,” Green said.

The schedule begins with limited tournaments on Wednesdays (Super Smash Bros. Ultimate), Fridays (Fortnite) and Saturdays (Mario Kart 8). The arena will also continue to offer online tournaments, which it started while the arena was shutdown.

“We realized we should have been doing online events from day one,” Green said. “Now, we can synergize our online events and our in-arena events. We’ve taken so many precautions, and we’ve worked hard to make sure everyone feels safe.”