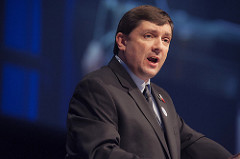 Several bills introduced in the Maine legislature would legalize sports betting. The approaches vary from bill to bill, however.

One bill would limit sports betting to the two brick and mortar casinos in Bangor and Oxford. Another would limit it to Maine’s Indian tribes. A third would create a structure for online betting.

States that have so far legalized sports betting are Delaware, New Jersey, Nevada, Rhode Island, West Virginia Mississippi, Pennsylvania, and the District of Columbia. If Maine joins them it will be the second state in New England to do so.

Senate President Troy Jackson made his preferences known through a spokesman last week: “The general idea is to establish a regulatory structure for sports betting in Maine after the U.S. Supreme Court ruling this past spring. It also gives the Gambling Control Board significant authority to regulate sports betting.”

The senator has authored two shell bills to regulate online and mobile gaming. His bill would prohibit wagers on local college teams, minor league teams and high school teams, among others. The bills have titles but little else in detail.

Another bill sponsor, Senator Louis Luchini, said, “The goal would be to ensure there is an adequate regulatory framework for sports wagering, as it’s becoming legalized across the country.”

The amounts wagered on sporting events is a vast and dark ocean largely impenetrable to data estimates before last year, when the market began to emerge out of the shadows. If it were legalized nationwide, H2 Gambling Capital, a research firm, estimates the market would be about $5 billion by 2023 and $7 billion by 2030, with at least half of the wagers placed on mobile platforms.

Rep. Benjamin Collins, whose bill targets the state’s tribes, envisions a compromise where most stakeholders get something, including casinos, off-track betting venues, the harness racing industry—and tribes. Collins believes there is a modest amount to be made, “but probably not in the tens of millions,” he told the Portland Press Herald.

Collins is still talking to tribes about a number of gaming opportunities for them that he would like to push for. Of the tribes’ interest in sports betting, Collins said, “They still feel a little skeptical about that. This is not an opportunity for them to make a ton of money but maybe a little bit.”