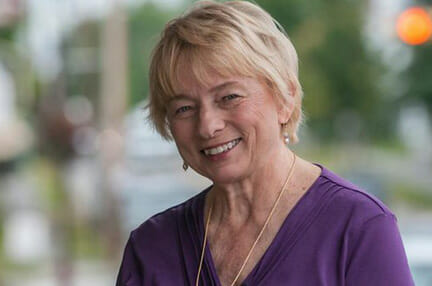 The fate of 40 bills passed by the Maine legislature in the final days of the session are in limbo, including one that would legalize sports betting. Governor Janet Mills (l.) has declined to sign them at this time.

Maine Governor Janet Mills has put about 40 bills in limbo until the next legislative session, saying they need more review. Among them is a bill that would legalize sports betting.

Under Maine’s system, if a governor does not sign a bill or veto a bill during the legislature’s recess—it becomes law within three days of the legislature returning to session.

Under the law the governor will have three days to sign or veto the bills once the legislature returns to session. If the deadline passes without an action, the bills will become law.

The bill in question would allow casinos, racetracks, off-track betting operators and federally recognized Indian tribes to apply for a license to offer in person sports betting. It would also allow “untethered” mobile sports betting from providers such as DraftKings.

Governor Mills issued this statement: “The Legislature has passed a significant number of bills this session, and I take seriously my constitutional obligation to thoroughly review all of them, evaluate their implications and decide whether they are in the best interest of Maine people.” She added, “I will continue to review these bills and gather more information, and I look forward to acting on them at the beginning of the next legislative session.”

Senator Louis Luchini, the author of the sports betting bill, said he would use the time between now and January to “see if there’s anything we can do to make the bill better.”

It has been estimated that the state could bring in as much as $4 million in taxes from sports betting over two years.

DraftKings, which is waiting in the wings to find out the bill’s final fate, issued this statement through its spokesman, Jamie Chisholm: “We appreciate the diligent work and comprehensive approach of Chairmen Luchini and Rep. John Schneck, and the entire legislature, in passing legislation that if enacted will protect Mainers and deliver a blow to the thriving illegal market by embracing competitive, mobile sports wagering operations with robust consumer protections. We are hopeful that Governor Mills allows the bill to usher in an era of legal, regulated sports betting in the Pine Tree State.”

Some legislative leaders say they expect Governor Mills to call for a special session later in the summer, in which case the question of the 40 bills will come up again.