Major League Baseball is back with a bang—and a lingering viral hangover. With opening weekend in the rearview, let’s look at some of the biggest storylines of the new season.

Major League Baseball came back with a bang on April 1, but not without lingering effects from Covid-19. After plenty of highlights—and even more lowlights—here’s the MLB opening week report.

In the first four days, Major League Baseball was forced to postpone four games due to Covid tracing. That included the Opening Day matchup between the Boston Red Sox and the Baltimore Orioles, and the entire Washington Nationals/NY Mets series.

With these early postponements and a long, tight schedule ahead, the MLB could very well find itself in a tough spot—and soon. Any team absences of more than a week due to Covid could really upset the current league schedule.

On Wednesday, MLB announced that makeup games will be played in June and September. Game 1, which was supposed to open the Nats’ season on April 1, will now be played as the second of a doubleheader on June 19. The game originally scheduled for April 2 is now set for June 28, originally a day off for both teams. The scrapped third game will be played on September 4, as part of another double-header.

Hopefully, Covid issues will stay at a minimum this season.

A Case for MVP Shohei Ohtani? 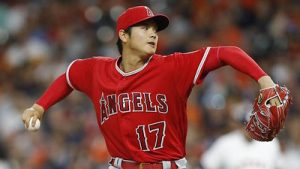 Japan’s two-way star Shohei Ohtani made a splash in the L.A. Angels’ opening series, particularly in his first start on the mound Sunday. Ohtani wasted no time making highlights in that one, effortlessly touching 101 mph in the first inning. Just minutes later, in the Angels’ second at-bat of the night, Ohtani took Dylan Cease’s first pitch 450 feet to right-center. In five innings, he gave up two hits and one earned run, and his first-inning HR was his second of the season.

Ohtani was a big part of his team’s opening win over a solid Chicago White Sox team. If he can continue this strong play on both sides of the ball, MVP voters may have no choice but to give Ohtani some votes. Consider this a futures bet!

More games, sports, rewards. More fun! Get more every day at PlaySugarHouse.com. When you make your first deposit, you’ll see it matched 100% up to $250.

Yermin Mercedes, the 28-year-old rookie catcher for the White Sox, didn’t look human during his first two starts of the year. He went 5-for-5 in his first start, and 3-for-3 in his second game. That combined 8-for-8 is the most consecutive hits to start to a season in MLB history. Mercedes ended the series 9-for-14, good for a .643 batting average. Mercedes is experienced for a rookie. Expect him to make a legitimate run at American League ROY.

Get your Golden Lines Daily Odds Boost! Log in every day at GoldenNuggetCasino.com to see a list of enhanced odds and specials. 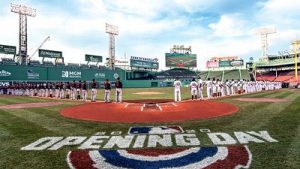 Yeah, I know Baltimore also swept its opening series against Boston. Both teams are bad, and not worth discussing. The impressive sweeps of the MLB opening week came courtesy of Major League Baseball’s Houston Astros and the Philadelphia Phillies.

Houston, amidst plenty of taunting and booing, went up against the Oakland Athletics and blew the A’s out four times. All weekend, it was a frightening display of power and skill, with the final scores at 8-1, 9-5, 9-1 and 9-2. A team that’s that locked in and ready to go from the start of the season has to be very well-prepared, which bodes well for the Astros’ stock moving forward. They’re contenders every season. Don’t expect anything to change this time around.

The Phils, meanwhile, hosted the Atlanta Braves for their opening three-game series. Against a team that was up 3-1 in the NLCS just months ago, the Phillies brought lights-out pitching and timely hitting, resulting in three straight Ws. Starting pitching will be a huge factor for the team this year, as their lineup and bullpen look very strong so far. The Phillies’ Top 3—Aaron Nola, Zack Wheeler and Zach Eflin—looked dominant against a borderline-elite Atlanta offense. If the Phillies can figure out two back-end starters, they can absolutely be a playoff team.

PointsBet.com offers home run insurance every day the Phillies play! Bet on any player to hit a home run, and get back up to $25 in Free bets if that player fails to hit but the team wins!

So, plenty of exciting plays and games in just a couple of games this season. Major League Baseball has seen walk-offs, web gems and moonshot homers. Opening week did not disappoint. If this first chapter is any indication of what the 2021 season will look like, sit back and enjoy. And don’t forget to place those futures bets!

For odds-on sports and betting insights, read Justin Epifanio every week in iGamingPlayer!

Best Bets on the Mas