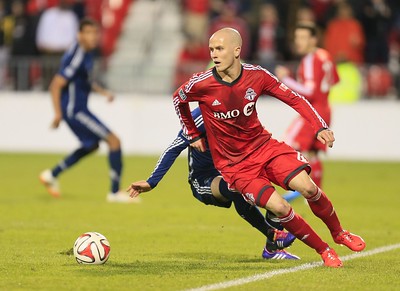 Major League Soccer has a new wrinkle in its match schedule for its tournament: gambling odds from BetMGM.

On the rolling schedule ticker atop MLSsoccer.com, BetMGM’s odds on a wager to win for each team are included in every listing for the first 12 group games of the competition. For example, Orlando City is listed at +200 to win the tournament opener, meaning if you bet $100 dollars, you would win $200.

The league has touted its relationship to sports betting as a way to reach more viewers, according to Sports National.

Last year, Commissioner Don Garber hinted that sportsbooks could operate in the league’s stadiums. Shortly after, the league announced its partnership with BetMGM as its decision to permit betting companies to be jersey sponsors.

D.C. United became the first team to take advantage of that rule to open the 2020 season, partnering with Caesars Sports, a deal which featured a sponsor patch on the team’s jersey sleeve and potential sportsbook at Audi Field.

The odds listing on the league’s website could be the first of its kind for a major North American sports league. And while it may feel out of place for fans in America and Canada, oddsmakers are often given similar level visibility elsewhere in the soccer world.