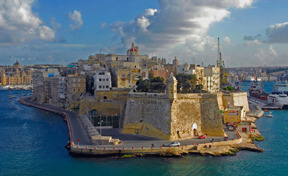 The Malta Gaming Authority saw a significant rise in new online gaming licenses issued in 2017, with 165 being awarded.

The authority, however, said total gaming tax paid by remote operators in 2017 was down three percent to €26.5 million. Though the island saw an increase in licensees, the authority said taxes fell due to a “more equitable and fair” taxation model.

Among the new licenses, 16 were issued for skill gaming. Also, the number of employees working for gambling companies on the island grew to 5,861, up from 5,327 in 2016.

“Going forward, the main challenge of the MGA is to remain focused on its mission in the current social climate and to ensure that, above all, complacency does not creep in,” said Joseph Cuschieri, the outgoing executive director of the authority in a press release. “The key risks that predominate this sector have remained the same and shall remain so for the foreseeable future.

“I trust that the new regulatory framework will empower the MGA even further to deliver effective regulation in the public interest, and, above all, to mitigate the underlying risks, promoting responsibility and integrity,” he said. “There remains more for the MGA to do to roll out and transit the industry under this new framework and there surely remains the drive to raise standards.”