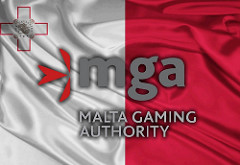 The Malta Gaming Authority has put four gambling firms under investigation and suspended their licensing.

The authority, however, did not identify the focus on the investigations.

The authority has moved to suspend the licenses of German/Turkish online bookmaker Betixx Limited, and Silema–based industry games developer Morpheus Games. It has also moved to terminate the operator license of World-of-bets EU Limited and also for Bet Service Group.

The authority has instructed Betixx—an MGA licensee since 2013—to cease all operations related to registering new players and accepting deposits. Betixx associated websites have been instructed to remove content and promotions related to the bookmaker.

The authority has also ordered Betixx to submit data and documentation to assist with its investigation.

“Due to the suspension of the license, Betixx Limited is therefore not authorized to continue conducting gaming by means of distance communications under an Authority license,” the authority said in a press release.

Morpheus Games, an MGA licensee since 2017, has been ordered to remove its games inventory from associated partners and websites.

The authority has also moved to terminate the license of World-of-bets EU Limited, a registered MGA licensee incumbent since 2008. Bet Service Group, the gambling operator behind the Gamenet brand, has also been told to publish a notice on its main website and all affiliated sites that its license has been cancelled.

The authority urged players owed money by the websites to contact support.mga@mga.org.mt with required personal information.

Meanwhile, Norway has banned transactions with six Malta-based gaming firms which it accuses of operating “illegally” within its territory, the Times of Malta reported.

A spokesman for the Norwegian Gaming Authority told the paper the regulator had ordered banks in its jurisdiction to block payments to and from accounts identified as being used for processing gambling transactions.

According to the paper, The Betsson Group, Co-Gaming Ltd, L&L Europe Players Ltd and the Gaming Innovation Group were sent warning letters last November about their “illegal” operations in Norway. Another two warnings were received by the Kindred Group and Lucky Dino Gaming Ltd this month.

Only two gaming companies are licensed to operate gambling services in Norway.