March Madness Wagers Could Reach $10B, Mostly in Illegal Bets 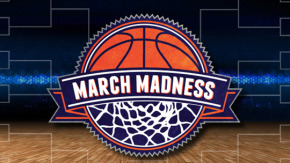 Each year, Americans illegally bet at least $150 billion on sports, often through bookies, illegal offshore websites or sports pools, like March Madness basketball bracket pools, according to an AGA news release. About two-thirds of states have laws making it illegal to participate in sports pools if money is involved. However, 10 percent of U.S. adults, about 24 million people, report spending $3 billion in college basketball pools over the past year.

“Our current sports betting laws are so out of touch with reality that we’re turning tens of millions of Americans into criminals for the simple act of enjoying college basketball,” Geoff Freeman, president and CEO of AGA, said in a statement.

In the next few months, the U.S. Supreme Court will make a decision about New Jersey’s challenge to the overreach of the Professional and Amateur Sports Protection Act of 1992 (PASPA) that could potentially enable expanded legalized sports betting. Other states are also looking to jump in on sports betting, as 18 states have active legislation on the issue.