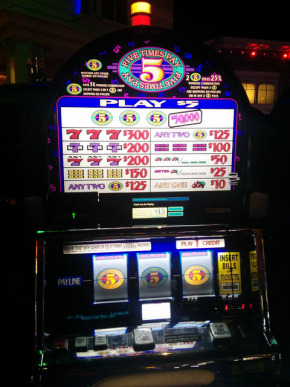 New RTP minimum closer to that of neighboring states

The Maryland Lottery and Gaming Commission has given preliminary approval of a drop of up to 3 percent in the minimum theoretical return-to-player percentage allowed for slot machines at the state’s casinos. According to a report in the Baltimore Sun, a final decision on implementation of the new rule is pending from state officials.

The minimum payback percentage on Maryland slots is currently 87 percent. Casino promoters of the drop in the percentage pointed to neighboring states such as New Jersey, which has an 83 percent minimum RTP, and to Nevada’s 75 percent minimum, in asking the regulators to lower the payout requirement.

The News 4 I-Team, an investigative unit of the Washington, D.C.-area NBC affiliate, reported last week that Maryland’s slots pay out slightly less on average than they did in 2012, and reported that the casinos’ request came amid complaints from gamblers about “tight slots” in D.C.-area casinos such as the MGM National Harbor and Maryland Live.

However, the news team could not verify complaints with data from the state, instead reporting anecdotal complaints from casino customers.

The new rule would not, of course, preclude casinos offering higher payback percentages or staying at current levels. The Sun quoted officials of Hollywood Casino Perryville, for instance, saying current hold strategies will not be affected by the change. “There is an opportunity for additional revenue for the state and the casino,” a spokeswoman said. “We support the change but do not plan to have a specific strategy to change our operation in any way. We have to stay competitive within the state and outside our borders, and customers need to know they can win here as much as at any casino around the area.”

An official of the National Council on Problem Gambling commented to the “The state would keep more money, because there would be more revenue from the slot machines, but there wouldn’t be more money going into the problem gambling fund,” NCPG Executive Director Keith Whyte told the Sun. “Problem gamblers are not very sensitive to payouts.”

Meanwhile, Maryland lawmakers are looking at one other development other than higher hold percentages to boost state gaming revenue. A panel of gaming suppliers headed up by New York-based GameCo, Inc. presented information last week to a joint legislative committee on the addition of new offerings such as skill-based games and eSports.

It was the first meeting of the Maryland Joint Committee on Gaming Oversight since it heard information last year on daily fantasy sports, which is now regulated in the state.

“As Maryland’s casino market matures, each of the six casinos is fine-tuning and adjusting its gaming floor to meet customer trends and demands,” said Carole Bober Gentry, managing director of communications for the Maryland State Lottery and Gaming Control Agency, in an interview with the Delmarva Daily Times.

At the committee meeting, Blaine Graboyes, co-founder and CEO of GameCo Inc., said skill-based video games and eSports competition can boost sagging revenues for the casinos. “Slot playing has been stagnant, and skill-based games address these challenges with a differentiated experience on the floor, and will bring in a younger audience,” Graboyes said.