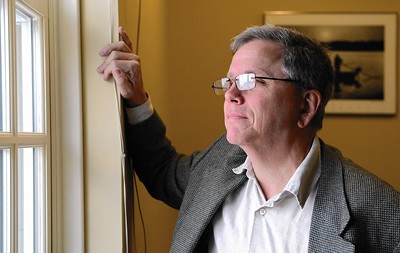 Maryland lawmakers face a decision on competing bills that would add sports betting in the state. One includes an online component; one doesn’t. One includes racetracks; one doesn’t. The final bill requires a referendum. The important thing, according to Delegate Eric Ebersole (l.), is to “keep Maryland revenue in Maryland.”

Maryland is surrounded by states that offer sports betting. To stop Marylanders from placing their wagers in Pennsylvania, New Jersey or Delaware, the state legislature has introduced bills to approve the wagers at home.

“These states are generating significant revenues from their sports betting franchises while Maryland sits on the sidelines,” said Senator Chris West, who introduced SB 58. “Senate Bill 58, which makes it clear that if sports gambling is legalized in Maryland, any licensed thoroughbred racing track may obtain a sports wagering license. Specifically, this will include the Maryland State Fairgrounds.”

Senate Bill 58 does two other things. It states that it’s the intent of the General Assembly that revenues generated by sports wagering be used for “dedicated purposes, including the funding of public education.”

The referendum will be held in November and if approved, sports wagering will be ready to go. While margins are small on sports betting, whatever amount it generates is better than nothing, Ebersole said.

Senate Bill 4 offers a different approach. Unlike SB 58, it would legalize online sports betting. Sportsbooks could begin taking bets online almost immediately, while permanent books are under construction. Along with all professional and collegiate events, betting on esports would also be allowed as long as participants are 18 or older.

The principal difference between the Senate and House bills relates to racetracks. HB 225 includes them; the Senate bill does not.

Each casino would get one sports betting license for six total in the state. That’s one difference from HB 225, which would allow the horse tracks to be licensed as well for 11 total licenses. Revenue would be taxed at 20 percent, the same rate for table games in the state.

According to LegalSportsReport.com, the fees are a little heftier for SB 4, however, with $2.5 million due as an application fee. The licenses are for one year with a $250,000 license fee.

West called online betting a “horse of a different color” and added the state needed to “walk before we run,” starting with retail first.

Ebersole expects the two houses will reach an acceptable compromise.

Sports betting serves important functions. It curbs illegal betting and it keeps more wagering money in Maryland rather than in the surrounding states with sportsbooks. “We want to keep Maryland revenue in Maryland,” he said.

Regardless of the outcome, the betting will be under the aegis of the Maryland Lottery and Gaming Control Agency.

“Maryland Lottery and Gaming is participating in a legislative work group that includes lawmakers and representatives from the casinos, the state’s horse racing tracks, and other interested entities. We are using that opportunity to interact with stakeholders and decision-makers and help them to frame the discussion and the factors to consider,” said Gordon Medenica, director of the lottery office.

Whatever the legislature passes will require a majority referendum vote by residents.

Medenica says sports betting is needed, and not just because other states offer it.

“It is well known that sports betting is also conducted by illegal, unregulated and untaxed entities, so there is a clear mandate to bring the activity into a controlled structure with unquestioned integrity.  Secondly, sports betting can serve to bring more customers into existing gaming venues such as Maryland’s casinos.  And finally, sports betting has some modest potential to raise incremental state tax revenue, although we must be careful not to overestimate this benefit.”