Massachusetts Board to Receive Wynn Investigation 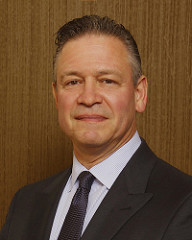 After more than a year of investigating sexual harassment claims against Steve Wynn and how the company he founded dealt with them, a team of the Investigations and Enforcement Bureau (IEB) of the Massachusetts Gaming Commission is presenting its report to the commission this week. A hearing is scheduled for April 1.

The report will inform how the five member panel will rule in determining the suitability of Wynn Resorts to keep its license that was originally awarded to it in 2014 and operate the Encore Boston Harbor that is rising in the city of Everett next to the Mystic River with a June 23 opening date.

MGC Executive Director Ed Bedrosian told commissioners last week, “I expect tomorrow you will receive from the Investigations and Enforcement Bureau’s the investigatory report. Once you have that report, the pre-hearing preparation can formally begin.”

The board will see the report but the public won’t until the commission holds public hearings on the Wynn’s continued suitability.

The report had to wait until a March 1 agreement was penned that dismissed a lawsuit that Steve Wynn filed in Nevada against the MGC and Wynn Resorts to prevent information that he claimed was protected from attorney-client privilege from being released to the investigators. Enough parts were redacted from the documents for Wynn to agree to letting the rest be published.

Besides examining allegations against Wynn himself, they have focused on how the company’s executives dealt with allegations, which first burst upon the public with an expose published by the Wall Street Journal in January 2018.

Since then, Wynn resigned all positions with the company and sold all his shares of the company. This led to a revamping of many board positions and the elevation of a new generation of executives led by CEO Matt Maddox. It also led to the company changing the name of the $2.5 billion Boston casino to Encore Boston Harbor, losing its original name: Wynn Boston Harbor.

The remaining documents that are included in the report apparently contains sections that indicate that company officials swept allegations against Wynn under the rug.

Meanwhile the IEB is preparing a public presentation to make when the hearings begin.

He said he expected the process to last several days.

Last week, according to the Boston Herald, the MGC published heavily redacted minutes of a closed session meeting that indicated the panel had “critical” information dealing with the suitability case.

The minutes were from a February 20 meeting in which Loretta Lillios, deputy director of the IEB, is quoted indirectly as saying: “The 2014 EEOC (Equal Employment Opportunity Commission) matter is a crucial piece of evidence from her perspective both in terms of the evidence itself and the timing. Without the 2014 EEOC matter the Commission may not have fair and accurate information to review Wynn Resorts’ suitability. In her view the resolution preserved the Commission’s access to all of the crucial items obtained during the investigation.”

Commissioner Enrique Zuniga probably spoke for the whole panel when he observed, “There’s quite a bit of uncertainty relative to time frame but this group’s been expecting this report now for a while and we’re anxious to see it and address what comes with it,”

With the Encore Boston Harbor three months from its planned opening, it is already starting to hold hiring fairs and prospective visitors can book one of its 671 luxury rooms online. Rates start at $777 a night for a standard 650 square foot room, although there are also suites that are 1,350 SF as well as 3,350 SF two bedroom residences and even two 5,800 SF villas.

Meanwhile, although Suffolk Downs (aka Sterling Suffolk Racecourse) is suing for $1 billion in damages because it alleges that it lost the Boston Metro license to Wynn due to dirty dealings, including “fixing” of the application process, its CEO Chip Tuttle says that even if Wynn loses its license, the former owner of Suffolk Downs racetrack wouldn’t try to bid for that license.

“That ship has sailed,” Tuttle told the Boston Herald. “We’re not a player if it opens back up. We’re not interested.” He said the lawsuit was an attempt by the company “to collect damages.”

Although the commission’s interest in the EEOC case against Wynn is being cited by some as indicative that the MGC could pull Wynn’s license, Clyde Tuttle, a casino expert who specializes in New England gaming, is not convinced.

“The commission is trying to make sure they’ve looked at everything,” he told the Boston Herald. “The real issue is, does the company and its new faces have procedures and policies in place.”