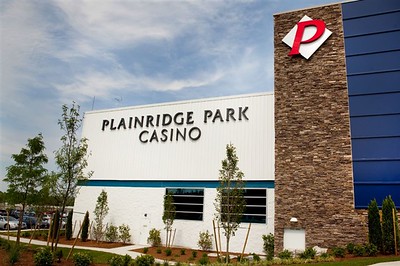 Massachusetts’ three casinos are all scheduled to be back in business this week. The first to open was Plainridge Park Casino on July 8; the last will be the MGM Springfield on July 13.

Plainridge Park Casino was the first casino to open in the Bay State, five years ago, and it was also the first to reopen on July 8. But the Encore Boston Harbor and MGM Springfield won’t be far behind: with the Encore opening July 12 and the MGM on July 13. At first they will only operate at 25 percent capacity.

On July 2 the Massachusetts Gaming Commission (MGC) voted to remove the temporary Covid-19 suspension of operations for the casinos and racetracks it imposed in March following Governor Charlie Baker’s executive order closing down much of the state. Its order closely followed on the governor’s announcement that he was starting Phase 3 of his four phase reopening schedule.

Although the MGC order required the operators to submit detailed plans on how they would comply with health and safety requirements such as installing Plexiglass barriers between slot machines and dividing players from each other at blackjack tables. The number of playing stations will be limited also to encourage social distancing.

The regulations also limit the number of players at a table to three and for now the poker, craps and roulette tables will remain closed.

Facemasks for all are also required and while guests may drink beverages when they are playing, they may not carry the drinks with them as they roam. The MGC’s reasoning is that if players could carry their drinks this would recreate a bar, and bars are not being allowed to reopen yet.

Restaurant menus will only be available on guests’ phones.

In a statement the Encore announced, “Every effort has been made to preserve Encore’s luxury experience and provide guests with the peace of mind needed to enjoy a fun and relaxing return.”

Besides the safety measures noted above, the $2.6 billion Encore will include thermal cameras to take everyone’s temperatures as they enter the building—they will be asked to leave if their temperature is higher than 100.4 degrees. There will be hourly sanitizing of all high touch surfaces with “disinfectant guns” shooting a mist of sanitizer.

The Encore’s hotel will be open on a limited capacity at first.

The MGM Springfield will commence operations with a soft opening. It too will enforce six-foot social distancing or Plexiglass barriers between players.

When the $960 million MGM Springfield closed in March it had 2,500 employees. The labor union that represents 600 of them, Unite Here, expects that number to be far less when it reopens.

Ethan Snow, who is chief of staff of the union, told the Republican, “I don’t know, it’s definitely going to be a lot less on reopening day. Definitely less.”

The casino will open with its bars and restaurants curtailed to the Tap Sports Bar , South End Market and Costa’s pizza and no hotel or spa service.

MGM is keeping employees who don’t return to work right away on its health insurance plan through the end of August.

MGM spokesman Jocelyn Kelly said “We are bringing back employees based on available amenities and business demand. It’s an evolving situation.”