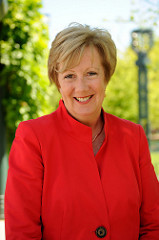 A Massachusetts lawmaker has introduced a bill that would legalize daily fantasy sports (DFS) and tax it at a rate of 15 percent. The Bay State is the home to one of the largest DFS companies, DraftKings.

Senator Eileen Donoghue, who chaired a special commission that studied whether and how to legalize DFS, is now working to pass such a bill before the special status the legislature granted it until a legal solution is adopted expires in five months.

That special legislation in 2016 temporarily legalized DFS until a permanent solution was adopted but set a deadline of July 31, 2018. It banned play by minors and imposed a monthly spending cap of $1,000 on players who couldn’t show that they had the financial resources to lose the money.

Donoghue’s legislation would put DFS on a par with other forms of gaming, such as casinos, all under the jurisdiction of the Massachusetts Gaming Commission (MGC.) It exempts DFS from the ban against “illegal gaming.”

She told the Lowell Sun: “I do think it’s important that we deal with this in a way that clarifies things. I think we have a lot more information than we did two years ago in terms of the nature of the industry, what’s happened here and in other countries and states, and how it’s been treated. We want to deal fairly with them and encourage what is an emerging industry.”

The bill would leave the regulation of DFS to the commission, such as the requirement of geolocation to determine that players are actually residents of the Bay State, and a minimum age requirement of 21. The commission would also set standards for requiring that programs available to help compulsive gamblers are displayed prominently and require that players’ data is secure.

The senator argues that her bill would protect consumers while generating tax revenue for the state, including an initial un-refundable licensing fee of $100,000 for companies operating DFS websites that cater to Bay State residents such as the industry leaders, Boston-based DraftKings and FanDuel. Companies would have a choice of paying that or paying 150 percent of their revenue from the year before. An annual tax of 15 percent would also be imposed, which would make it the highest rate charged for DFS of any state. Current tax rates range from 5 to 8 percent.

Commenting on the tax rate, Donoghue compared the DFS rate to that the state imposes on casino gaming. “The brick and mortar casinos are paying 25 percent under the gaming statute, but we did hear from the industry that they operate on smaller margins,” she said.

DraftKings spokesman James Chisholm issued this statement last week: “DraftKings is committed to working collaboratively with the legislature to adopt common sense fantasy sports legislation which protects consumers and allows our industry to continue to grow and create jobs here in Massachusetts.”

DFS is a growth industry in the Bay State. DraftKings last month announced that it was enlarging its number of employees by 75 percent over the next year and a half, up to 700, of whom 600 would be based in Boston.

Donoghue’s bill also creates a framework that could eventually accommodate sports wagering, should the U.S. Supreme Court remove the current ban against it. She told the Lowell Sun that she chose to start with DFS because “that was the industry that kind of got the ball rolling on this and we wanted to bring that, legislatively, to some conclusion.”

The Supreme court has heard oral arguments from both sides in Christie v. National Collegiate Athletic Association, which former New Jersey Governor Chris Christie brought to challenge the 1992 Professional and Amateur Sports Protection Act (PASPA) which New Jersey argues is unconstitutional because it allows some states, like Nevada, to offer sports betting, but doesn’t allow most of them to.

Eighteen states attorneys generals have filed amicus briefs supporting New Jersey and the court’s probable ruling this summer is highly anticipated. If the ban is lifted that would throw the ball in the court of individual states.

Donoghue’s bill anticipates such a ruling by creating an eight-person commission to “conduct a comprehensive study and offer proposed legislation relative to the regulation of online sports betting” if the court so rules. The commission would be named by the governor, the gaming commission, Senate and House leaders. If the Supreme Court rules that PASPA is unconstitutional the panel would be required to convene within 30 days and propose legislation within 120 days.

MGC Chairman Stephen Crosby is ready, willing and able to share the commission’s knowledge with lawmakers and is urging that the commission prepare a whitepaper on the different paths the Supreme Court might take.

“There are a lot of states teeing this up and if there is a competitive consideration we ought to at least give the Legislature enough of a heads-up with enough time that if they wanted to prepare, sort of, or at least have some committee that knew what was going on, they have time to do that,” he said several weeks ago.