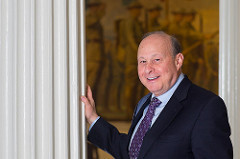 The Massachusetts legislature is mulling a bill that would extend the time alcohol can be served at casinos from 2 a.m. to 4 a.m. This is a bill that no casino seems to have lobbied for, and some lawmakers were puzzled how it got into the budget that was released by the House Ways and Means committee last week.

Senate President Stanley Rosenberg told reporters that he was “not a fan,” of the proposal. “If you think about it, there aren’t many hours when they can’t serve alcohol,” he said. He said that the change would constitute a “yellow light” opening the way to other changes.

He added, “I know that is a common practice in most states. I do understand that. But we made a values judgment in the Commonwealth when we debated that we were not going to go down that path. We also said we were not going to chip away at the statute because this is how it happens in state after state after state. First one little change, then another little change, then another little change and before you know it the Commonwealth loses control of the industry.”

Rosenberg said he would like to hear arguments why such a change is made—for instance if it would make casinos more competitive compared to casinos in other states. “This is an industry that if you’re not careful starts to run the table,” he said, adding that that was the reason the legislature set up the Massachusetts Gaming Commission, to “keep politics out of the decision-making.”

A spokesman for Plainridge Park confirmed that it didn’t request the change. It has an agreement with Plainville to stop serving alcohol at 1 a.m. The casinos that are building in Everett and Springfield did not own up to supporting it either.

However, Christopher Bennett, a spokesman for the committee, said the change was included “in order to help maximize the potential of the gaming industry in Massachusetts,” adding, “As we get nearer to the opening of the facilities and six years past the creation of the law, we need to take into account the changes in the marketplace, and ensure competitiveness.”

Bennett says that poker rooms would benefit from the change. “As we get nearer to the opening of the facilities and six years past the creation of the law, we need to take into account the changes in the marketplace, and ensure competitiveness,” he said.

The Wynn Boston Harbor is planning on a 90-table poker room and the MGM Springfield will have 20 tables.

The language doesn’t mandate the change, but does give the Massachusetts Gaming Commission the option to make that change without seeking a change in the law.

Elaine Driscoll, spokesman for the commission commented, “If the language is enacted, the Commission would be very thoughtful and deliberative about whether and how to proceed.”