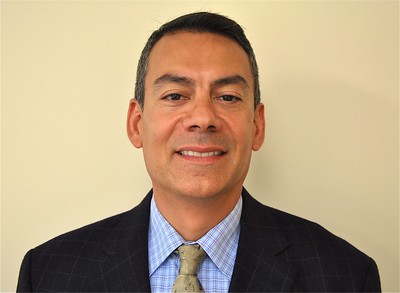 Residents of southeastern Massachusetts are again being asked whether the Massachusetts Gaming Commission (MGC) should award a casino license in the area. Commissioner Enrique Zuniga (l.) said the body will also consult with market researchers to “understand more about the viability of the market.”

The Massachusetts Gaming Commission (MGC) is seeking public comment on whether the panel should reignite a process to awarding a casino license in Region C in the southeastern part of the state. It is also asking for qualified market research firms to answer questions about the gaming market in that region.

The deadline for comments and proposals is March 16.

And when a court rejected the latest appeal from the Mashpee Wampanoag tribe asking to overturn a lower court decision that rejected the tribe’s land-into-trust status, the possibility for a third casino in Massachusetts was reopened again.

Commissioner Enrique Zuniga commented on the request for a market research firm. “We are generally targeting questions to understand more about the viability of the market, especially in the context of prior market studies and current results,” he said. “We want to see how likely it is that there could be a good proposal or a good viable license in that region.”

Three years ago, the commission voted 4-1 not to issue a license for the area, and specifically rejected the license application by Mass Gaming & Entertainment (MG&E) to operate a $677 million casino at the Brockton Fairgrounds.

At the time, commissioners were reluctant to approve a casino that might compete with First Light Resort & Casino, which the Mashpees wanted to build in Taunton in partnership with Genting Malaysia. If a commercial casino competed with a tribal casino, the tribe wouldn’t have to pay any share of its profits to the state, which would harm the competitiveness of the other commercial casinos in the state: MGM Springfield, Encore Boston Harbor and the Plainfield Park slots parlor.

The planned Taunton casino foundered when a federal judge ruled that the Department of the Interior acted incorrectly to put the land into trust for the tribe. Last week’s decision widened the odds against the tribe since its options are now to request a full hearing by the appeals court or to directly appeal to the U.S. Supreme Court.

According to Zuniga, the public’s response will help policymakers know “whether we should take another look at it.”

Meanwhile, MG&E, a subsidiary of Neil Bluhm’s Rush Street Gaming, argues that the city of Brockton could benefit economically if a casino rises in the fairgrounds. Company spokesman Joe Baerlein says such a casino would create nearly 2,000 jobs in the area, and mean “$10 million-12 million in annual payments to the city of Brockton and $700 million plus investment in the city.”

He added, “When the legislature in Massachusetts passed this statute in 2011, the principal concerns raised by legislators is that the southern border of Massachusetts was exposed and all of that revenue was dumping out into two other states.”

In Aftermath of Merg