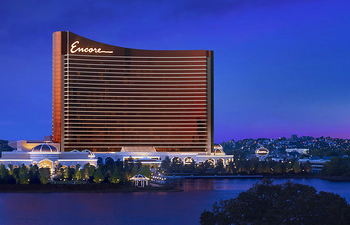 Awaiting the go-ahead to reopen from Massachusetts Governor Charlie Baker, Encore Boston Harbor, the largest casino in the state, announced furloughs for 3,000 workers.

Wynn Resorts, which operates the $2.6 billion Encore Boston Harbor in Everett, Massachusetts, announced furloughs for 3,000 workers, just as it planned to reopen following the Covid-19 shutdown.

The largest casino in the state, Encore had postponed furloughs when it first closed on March 15, and continued to pay 4,200 employees, which cost it about $3 million a day. The furloughs were announced about a year after the casino opened across the Mystic River from Boston.

Encore planned to open as soon as July 6, but with limited attractions: the casino floor and some eight of its 18 dining venues, the company said in a statement on June 29. The hotel will only be open four nights a week under the plan. The nightclub won’t be able to reopen until the state’s Phase 4 allows bars and taverns to reignite.

Under the current Phase 2, indoor dining was allowed as of June 22, with the governor wanting to see how that works out before further loosening restrictions.

Encore, and the Bay State’s other two casinos—MGM Springfield and Plainridge Park—have been meeting with the state’s casino regulator, the Massachusetts Gaming Commission (MGC), on proposed protocols for reopening. Those regulations, approved on June 25, include operating only half of slot machines to promote social distancing, allowing only 25 percent of the normal number of patrons at any time, and making hand sanitizer ubiquitous throughout.

Casinos may issue plans that are even more strict than those imposed by the MGC. Encore’s additions include temperature checks, digital menus accessible from a patron’s phone, clear partitions and personal protective equipment (PPEs) for staffers.