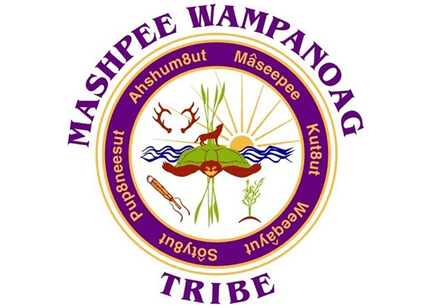 A U.S. District judge has ruled for the Mashpee Wampanoag Tribe in its lawsuit against the U.S. Department of Interior. The judge ruled that DOI erred when it found that the tribe does not qualify to put land into trust on its Massachusetts reservation.

A U.S. District judge last week ruled in favor of the Mashpee Wampanoag Tribe of Massachusetts in its dispute with the U.S. Department of the Interior.

And late last week, Congressman Joe Kennedy III introduced a bill that would prevent the DOI from revoking any trust land status after it had been granted.

District Court Judge Paul Friedman found that Interior incorrectly interpreted its own guidelines in 2018, when it found that the Mashpees do not qualify to put land into trust near its reservation in Taunton and Mashpee.

Interior decided the tribe did not meet the terms of the 1934 Indian Reorganization Act (IRA), which created several definitions of “Indian” for the purpose of putting land into trust. “Indians” are considered “all persons of Indian descent who are members of any recognized Indian tribe now under Federal jurisdiction, and all person who are descendants of such members who were, on June 1, 1934, residing within the present boundaries of any reservation, and shall further include all other persons of one-half or more Indian blood.”

Friedman said the ruling was “arbitrary, capricious, an abuse of discretion and contrary to law.” Although he didn’t tell the department how to rule, the judge did remand it back for “thorough reconsideration and reevaluation of the evidence.” He added that during that review, Interior could take no further action disestablishing the reservation of the tribe, which traces its roots back 400 years to members who helped the Pilgrims survive their first winter in the New World.

In 2015, the department, then under the Obama administration, put 321 acres into trust for the tribe, some of it in the town of Taunton and some in Mashpee, on a finding that the tribe satisfied IRA eligibility based on its 1934 reservation. In 2016, a federal judge in Boston rejected Interior’s finding and sent it back to determine if the tribe qualified as “under federal jurisdiction” in 1934.

In 2018, now under the Trump administration, Interior made a 180-degree turn and finding that Mashpee did not satisfy that other test. The Mashpees lost on appeal in Boston. The tribe had by then sued the Secretary of the Interior in a Washington court, asserting that the department had disregarded its own rules in evaluating the 1934 jurisdictional status and then announcing a decision to take the land out of trust. That was the case the Mashpees won last week.

If it had lost, the tribe faced the very real possibility of its land removed from trust—something that hasn’t happened to a reservation since the 1960s. In March, when Interior informed the tribe that it intended to remove its land from trust, the tribe asked the court to issue an emergency order postponing that action while Friedman heard arguments.

Friedman directed Interior to once again review the tribe’s case using the M-Opinion, a set of guidelines used since 2014 to determine whether a tribe was “under federal jurisdiction” in 1934—one qualification for putting land into trust. In March, Interior had replaced the M-Opinion with a new procedure.

The judge said the department must use the 2014 guidelines, not the new ones. Whether that means Interior will ultimately rule in favor of the tribe remains to be seen.

“Sometimes an agency will get the hint that they should do it a certain way. Of course, that doesn’t mean it will,” observed Judith Shapiro, a Washington, D.C.-based Indian law attorney who has worked on the legal team that first achieved federal recognition for the tribe in 2007, and then worked to put land into trust in Taunton and Mashpee.

“This latest ruling does stop Interior in its tracks,” Shapiro told GGB News.

The Kennedy legislation will prevent the Department of Interior from revoking land that had previously been put into trust. It also would prevent the government from being able to “rescind a record of decision on which a trust status or reservation proclamation” is established.

Kennedy was brutal when describing the actions of the Trump administration.

“In the midst of a pandemic that has uniquely threatened Native Americans, tribes should be focused on caring for their communities, not fighting back against a hateful, ignorant Administration,” Kennedy said, in a statement. “If President Trump is willing to threaten the very existence of the tribe that welcomed the Pilgrims to our shores, no tribal lands in this country are safe from his attacks. Under the Tribal Reservation Pandemic Protection Act, we can ensure our nation’s priorities lie with the Native Americans who deserve our protection.”

For decades, the tribe has fought to create a reservation where it can both house its members and build a $1 billion casino to fund tribal operations.

“In the 1930s, the people that lived (in Mashpee) were Indians or related to Indians,” said Shapiro. That changed in the 1960s when “summer people” moved into the area and control of the town shifted.

Even though the title to some of the lands there had been lost, Shapiro said, “the character of the town was such that it was still, essentially, a reservation.”

Whether it was adequate to show that the land was a reservation in the 1930s was the basis of Littlefield v. Mashpee Wampanoag Tribe, where 25 Taunton residents sued to prevent the land from being put in trust. They cited Carcieri v. Salazar, a 2009 Supreme Court ruling that rocked Indian Country by holding that lands could not be put into trust if a tribe had not been “under federal jurisdiction” in 1934. They won the case on that basis.

The tribe argued that it met the second definition of the act: that they had always lived on an Indian reservation.

“All of this was based on masses of very specific evidence,” said Shapiro, “including an interview and declaration of the current chief, Vernon Lopez” (the tribe has a traditional chief in addition to its current tribal chairman, Cedric Cromwell, who was elected).

“Lopez served in World War II and survived the D-Day invasion,” said Shapiro. “He grew up in Mashpee and described what it was like to live there in the 1930s.” That helped form the basis of the decision that the Obama Interior Department made in 2015.

“All that was kicked sideways by the 2016 judgment which said you can’t get to the second definition without satisfying the first,” said Shapiro.

The tribe submitted more information to try to meet the first definition, which was difficult. In September 2018, Interior issued its opinion that the tribe had not been under federal jurisdiction in 2018. The tribe filed an appeal—still pending—that is the basis of the case ruled on by Judge Friedman.

Shapiro points out that, despite the various court rulings, the land never went out of trust—although it came close in March of this year.

“In March, Interior called and said, ‘Hi!, we’ve decided to take the land out of trust,’” she said. That phone call came on a Friday; on Monday, the tribe filed for a temporary restraining order, saying in essence, “Please don’t let them take our land out of trust. Please preserve the status quo.”

“The land is still in trust,” said Shapiro. “That means the tribe has full sovereignty and rights to federal funding. When the department said, ‘We are going to take your land out of trust,’ it was staggering.”

The parties briefed the judge, who moved up the process of summary judgment. Ruling on the motion required him to determine which side was likely to prevail. He scheduled a hearing on the case, which included the fact that after Interior issued its ruling, it switched out the old solicitor’s opinion and issued a new one.

When Friedman found out about it, he “breathed fire,” said Shapiro. “He demanded to know why they didn’t tell him about this.”

Ultimately, the judge ruled that Interior had not followed the rules set out in the M-Opinion, and had ignored evidence it was supposed to consider.

“The judge, still irate at not having been informed about the change, looked at the new guidance of the M-Opinion and found it ‘lacking’ and ‘laughable,’” Shapiro said. “He pointed out that the way Interior had blown off the tribe’s evidence in the 2018 decision and had clearly indicated that the tribe would fail under the new guidance. He said, ‘You had already decided they weren’t going to qualify.’

“He didn’t tell them how to rule, but he did tell them they should consider all relevant evidence. He stopped just short of ruling that the tribe would win the ultimate decision

“The opinion of this judge means that the land where generations of Mashpees are buried is still in trust and is still a reservation. And that’s a very powerful thing for a tribe that has long faced colonization and had most of its land stolen.”

Paula Peters, a member of the Mashpee Tribe, has studied the history of her people for 40 years, but especially the period celebrated as part of the folklore of the United States: the story of the Pilgrims.

She told GGB News it’s ironic that the “first tribe to make a treaty with English settlers, which essentially helped ensure that they would survive and be looked upon as founders of this nation,” would be treated so dismissively four centuries later.

She added, “Their good will turned into sacrifice in the end.”

Many students who learn about the Pilgrims have heard of Squanto, a Wampanoag who spoke English and showed the settlers how to plant corn and hunt and fish, said Peters.

“But he spoke English because he had been kidnapped and sold into slavery, only to escape five years later and return home,” said Peters. “There’s also an irony in the landing in Plymouth, as the Pilgrims called the settlement, because it was actually the village of Patuxet, the village Squanto had been taken from five years earlier.

“The village had been wiped out by a European plague, among thousands of villages wiped out by a pandemic, very similar to what’s happening in the world today. The only reason he survived was that he was kidnapped in 1614.”

As the U.S. prepares to observe the 400th anniversary of the Pilgrims’ landing, Peters serves on the Wampanoag advisory committee to those planning the observances. “I’ve gotten invited into an international platform to talk about this history in a balanced way,” she said. “But in the 1930s, the people that lived there were Indians or related to Indians.”