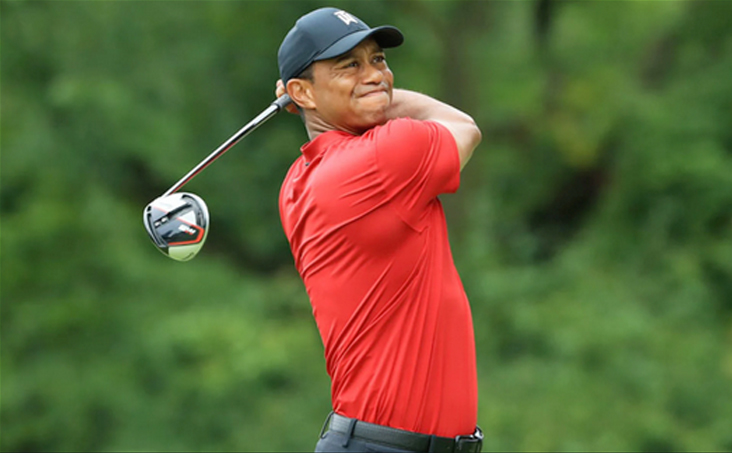 This year’s final major is usually the first. With the Masters teed up for next week, here are a few handicapping tips and why you can never count out Tiger Woods (l.) in Augusta. He’s the defending champion, after all.

The Masters Tournament in November.

That still sounds weird, but at least we’re getting it in, during this strangest of all years. When Covid-19 shut down the world, it was just two weeks before the Masters was to start, during the second week of April, as the traditional first major of the golf season. But that was then, and this is now.

The weather in November will certainly be markedly different than it is in April, when the azaleas are in full bloom. For this tournament, we’re likely to see leaves blowing across the fairways and Georgia pine needles thicker when you miss those fairways. That will affect every player, and give an advantage to none.

It seems like eons ago that Tiger Woods strode down the 18th fairway at Augusta National, ready to claim his 15th major (Woods is now only three short of the record set by Jack Nicklaus). His performance since that date, however, has been nothing short of abysmal. His last victory was at the Zozo Championship in October 2019, and his highest finish in the few tournaments he’s played since was at the Farmers Insurance Open in January, when he tied for ninth. He’s missed the cut in three of the last six majors, and his highest finish was a tie for 21st at the 2019 U.S. Open.

But it’s Tiger, and it’s Augusta. He’s won the Masters five times. His 2019 win was the most improbable, since his record before and after that has been so bad. Are we in for another impossibility? It’ll cost you 28-1 odds. For someone with Tiger’s awful record and absence from the tour, the odds should be much higher.

You’re golden at GoldenNuggetCasino.com. Create a new player account at the Golden Nugget mobile sportsbook, and you’re eligible for a Risk-Free bet of $100!

So who really has a chance to win? Since any golfer has to tailor his game to the course, good bets always include previous winners, one of the reasons there still will be plenty of money on Tiger. So let’s consider the winners over the past 10 years.

Join the Money Monday Club at BetMGM.com, and you can pick up a $10 Free Bet every week, now through December 31, 2020. Sign up today!

But how about some of the players who haven’t won a Masters yet, but have all the ability in the world? You only have to look at Tiger’s 2019 runners-up to see who might break through:

So whether it’s Tiger or Glover, get your bets down and enjoy the Masters, even if it is being played in the wrong season. A win will make it all right again.